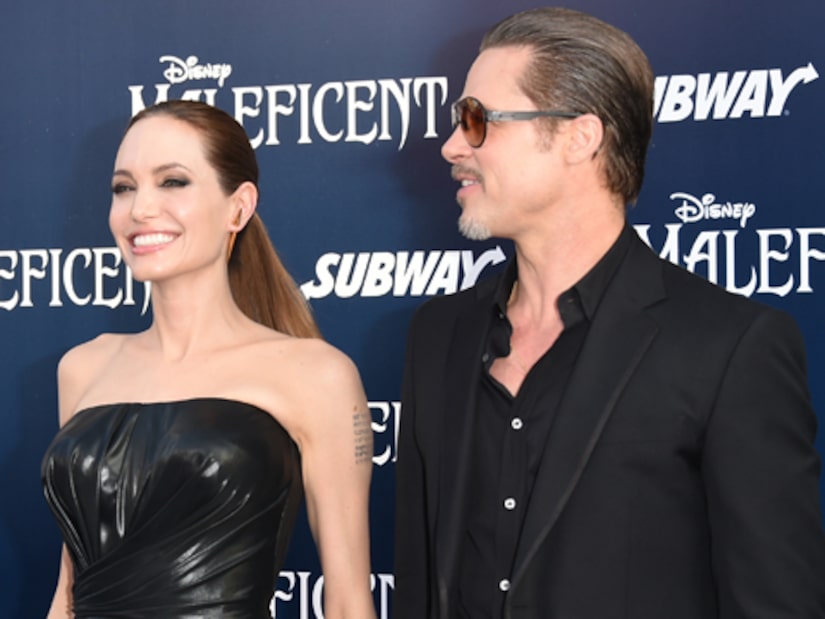 It's official! Angelina Jolie and Brad Pitt are married!

NEWS: How Brad Honored Angelina's Late Mother at the Wedding

Brangelina's rep confirmed the news to "Extra," saying the couple wed at their estate, Chateau Miraval, in Correns, France on Saturday.

The ceremony took place in a small chapel where the couple said "I do" in a nondenominational ceremony in front of family and friends. Their children also participated in the wedding. Maddox and Pax walked Angie down the aisle. Zahara and Vivienne were the flower girls, while Shiloh and Knox were the ring bearers.

Brad and Angelina obtained a marriage license from a judge in California prior to the wedding, and the same judge performed the ceremony at the couples' wine chateau in the South of France.

People reports that Pitt spent 10 days there in July while quietly making arrangements. He supposedly made contact with a florist a few villages away. The locals were stunned to hear that the couple tied the knot in the city of Correns.

One official told the mag, "No one in Correns knew a thing… It was a marriage which seems to have been carried out in total intimacy and absolute discretion.” The couple began dating in 2005 after filming "Mr. and Mrs. Smith," and became in engaged in 2012.