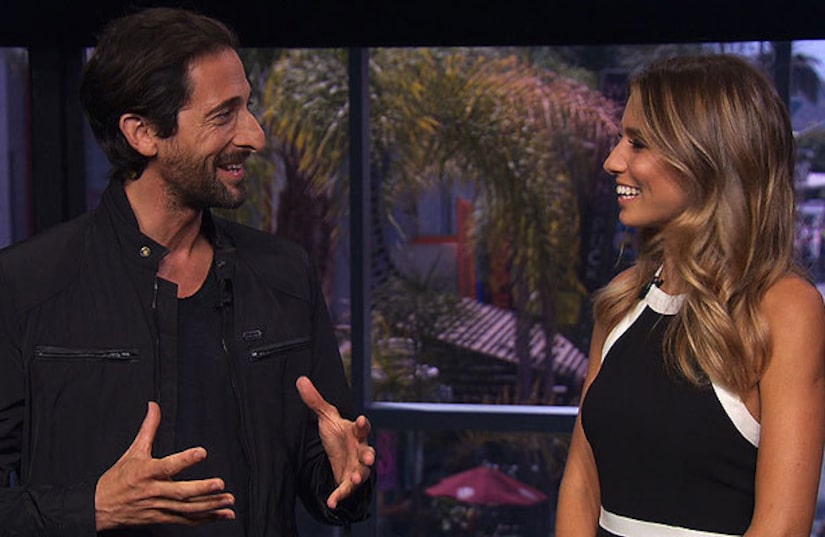 Adrien talked about the fascinating aspects of Houdini's life, including the illusionist's work for the US government as a spy.

The actor also talked about doing yoga to help is contortionist skills, admitting that he still wasn't as flexible as Houdini.

Watch the video below to check out our interview, and see Adrien performing a yoga pose!