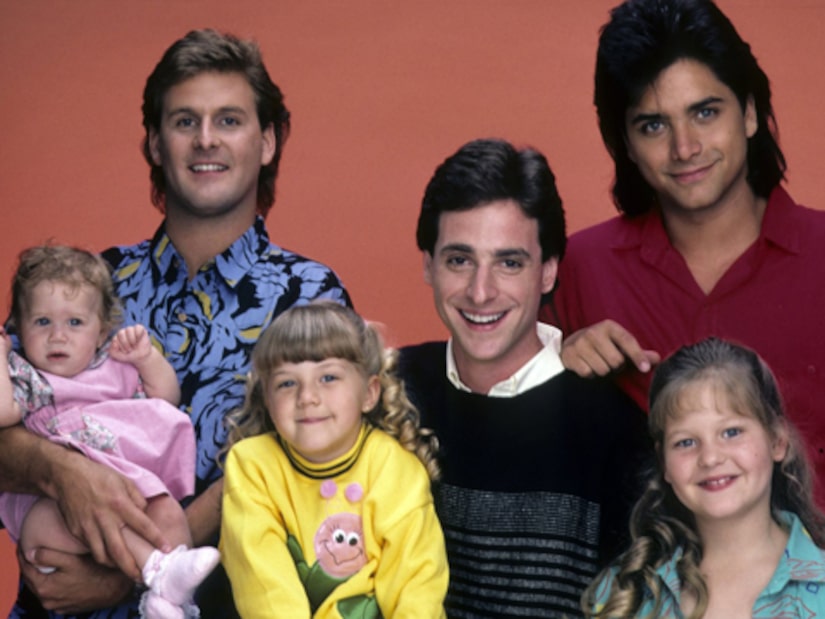 The Tanner family could be back on TV before you know it! TV Guide reports that a “Full House” reboot might be in the works.

The site says that Warner Bros. TV is considering a new take on the TGIF favorite, with many of the former cast members already on board.

John Stamos (Uncle Jesse) is supposedly leading the charge (he has a stake in the show), while cast members Candace Cameron Bure (D.J.), Jodie Sweetin (Stephanie) and Andrea Barber (Kimmy) are also involved.

Bob Saget (Danny) and Dave Coulier (Uncle Joey) would likely be involved as well. No word yet on the Olsen twins, Mary-Kate and Ashley.

Insiders say a “Full House” revival was pitched last year with the stipulation that if the first 10 episodes met a certain ratings goal, the network would be required to commit to at least 90 episodes. The deal didn't pan out.

With the success of the "Boy Meets World" spinoff "Girl Meets World," it might be time to give it another go.

Fans got a little taste of what a reunion would look like when John, Bob and Dave reunited for a Super Bowl yogurt commercial and then appeared together on “Late Night with Jimmy Fallon.”

Various cast members traveled to Montana over the summer to attend Dave Coulier and Melissa Bring's wedding. Check out the pics!