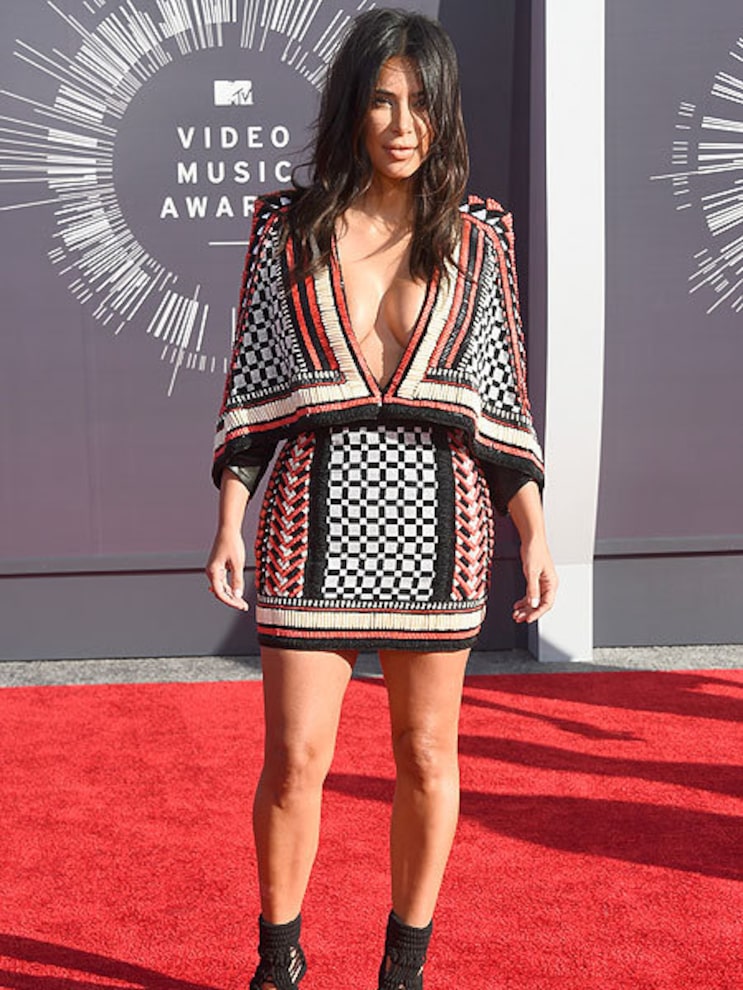 Kim wore a daring red and black patterned dress from designer Balmain that accentuated her ample neckline. She topped off the look with Lorraine Schwartz jewels.

Sisters Kendall and Kylie Jenner joined the “Keeping Up with the Kardashians” star at the awards show, both wearing all black.

"Extra's" Renee Bargh was on the red carpet at the VMAs chatting with Kendall, who denied reports that she was at Hollywood nightclub 1 Oak with sister Kylie when record producer Suge Knight was shot.