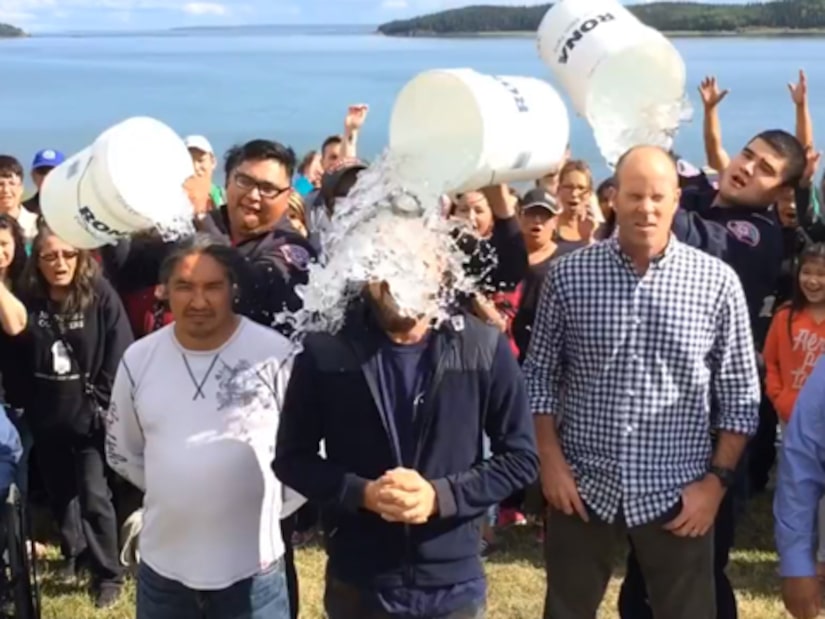 The superstar and friends took the challenge against a beautiful backdrop. Check out the video!

Leo explained where he was and who he was with in a message accompanying the video.

He continued, "And me? In addition to a donation from my foundation, I challenge Canadian Prime Minister Stephen Harper.”

A source told Us Weekly that the “Wolf of Wall Street” star donated $100,000 to the cause!