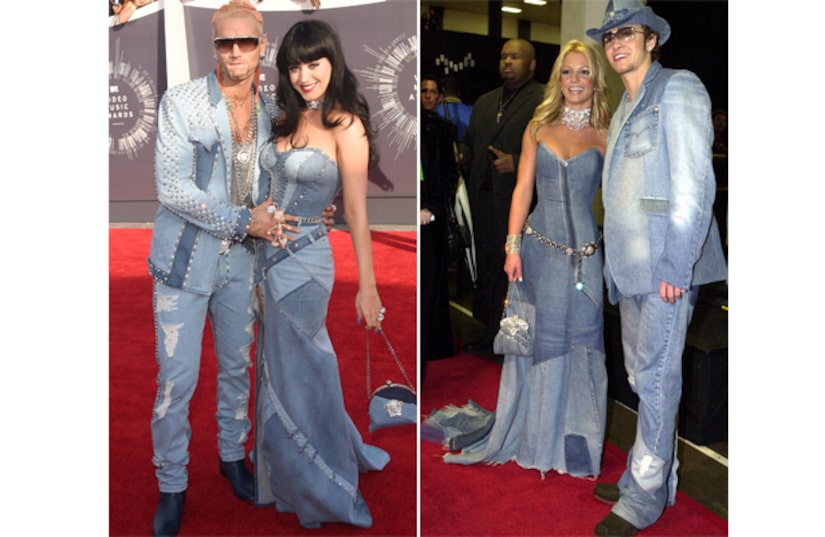 Remember when Britney Spears and Justin Timberlake wore denim on denim to the American Music Awards in 2001? Well, Katy Perry and Riff Raff decided to recreate the look for the 2014 MTV VMAs!

Before the show, Katy hinted that her fashion choice might raise some eyebrows when she tweeted, “WE'RE GOIN FOR DA BEST WORST DRESSED TODAY #THISISHOWWEDOVMAS.”

PICS! Stars at the VMAs!

She later added, “I must admit my outfit is a result of my love for nostalgia and my tumblr addiction.”

When Katy tweeted directly at Spears, “.@britneyspears I did my best impression, hope u likey!” Brit tweeted back, “.@katyperry Just when I thought the denim dress had retired....you bring it back! You looked amazing tonight bb ;)”