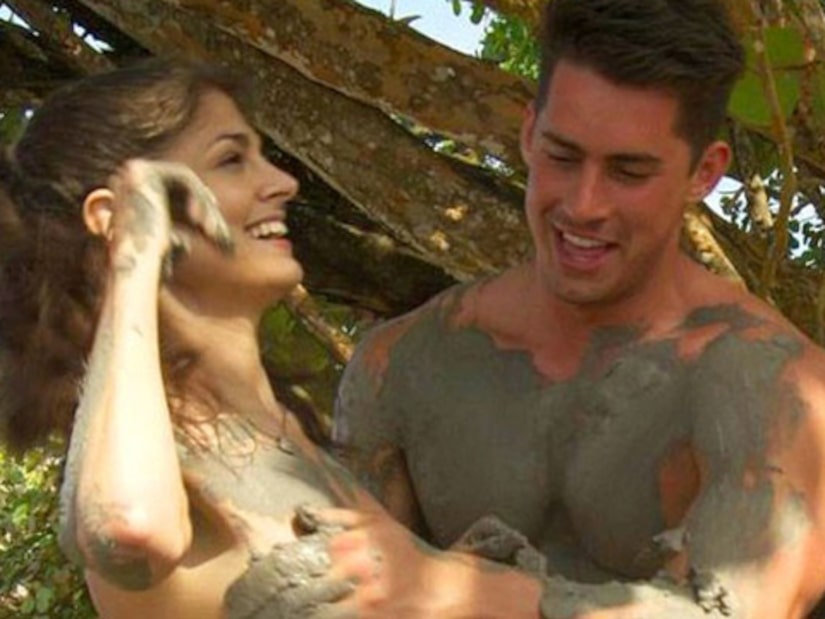 Jessie Nizewitz never expected her actual private parts to be shown on TV when she signed up for “Dating Naked,” but they were.

Now, the contestant has filed a lawsuit against VH1's network operator and two production companies for $10 million, claiming they showed an unblurred shot of her private parts during a wrestling scene with a male contestant.

The model, 28, told Entertainment Weekly that she was promised that all naughty bits would be blurred. Social media users had a field day with the episode, and she claims the ordeal has caused emotional distress.

Nizewitz said in a statement to EW, "I have no problem going to a beach in a bikini or people seeing me on TV in a bikini. Although I went on this show knowing that I would be nude while taping it I was told that my private parts would be blurred for TV. If you watch an episode, you will see that the blur actually makes it less revealing than a bikini would. Obviously, I did not expect the world to see my private parts, this is not what I anticipated or what any other contestants on the show anticipated."

The suit, obtained by EW, claims uncensored images were passed around multiple social media sites after airing on VH1.

"Plaintiff... was shocked, horrified and outraged to observe this intrusion into her privacy for all to see," the suit says. "Immediately Plaintiff became subject to ridicule by those watching... Plaintiff has suffered and continues to suffer extreme emotional distress, mental anguish, humiliation and embarrassment... Defendants knew or reasonably should have known that broadcasting an individual's vagina and anus on national cable television would cause substantial and severe emotional distress."