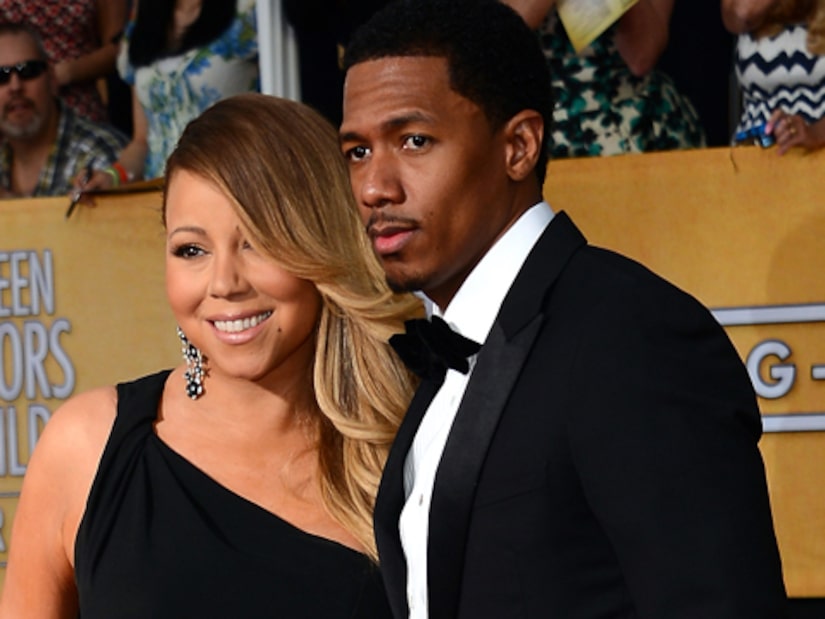 Is it over for Mariah Carey and Nick Cannon?

Sources at PageSix have some wild stories to tell about the couple, and they all point to an impending split.

The paper says that Cannon has already moved out and is living in hotels or with his grandparents. Insiders claim they are fighting a lot and that she suspects him of cheating.

Carey may have even gone so far as to send security with Cannon to Las Vegas, where he often hosts pool parties, to make sure his eye didn't wander. A source said, “The security guard wasn't there to keep the girls away from him. It was to keep him away from the girls.”

The insider added that Mariah didn't want him drinking either because he “gets in trouble when he drinks.”

The couple, who wed in 2008 and welcomed twins Moroccan and Monroe in 2010, haven't been photographed together in months.

They even skipped their typical over-the-top wedding anniversary date to stay at home. Nick told Parade in May that they opted for a private rooftop celebration on April 30, rather than a trip to Paris or Disneyland.