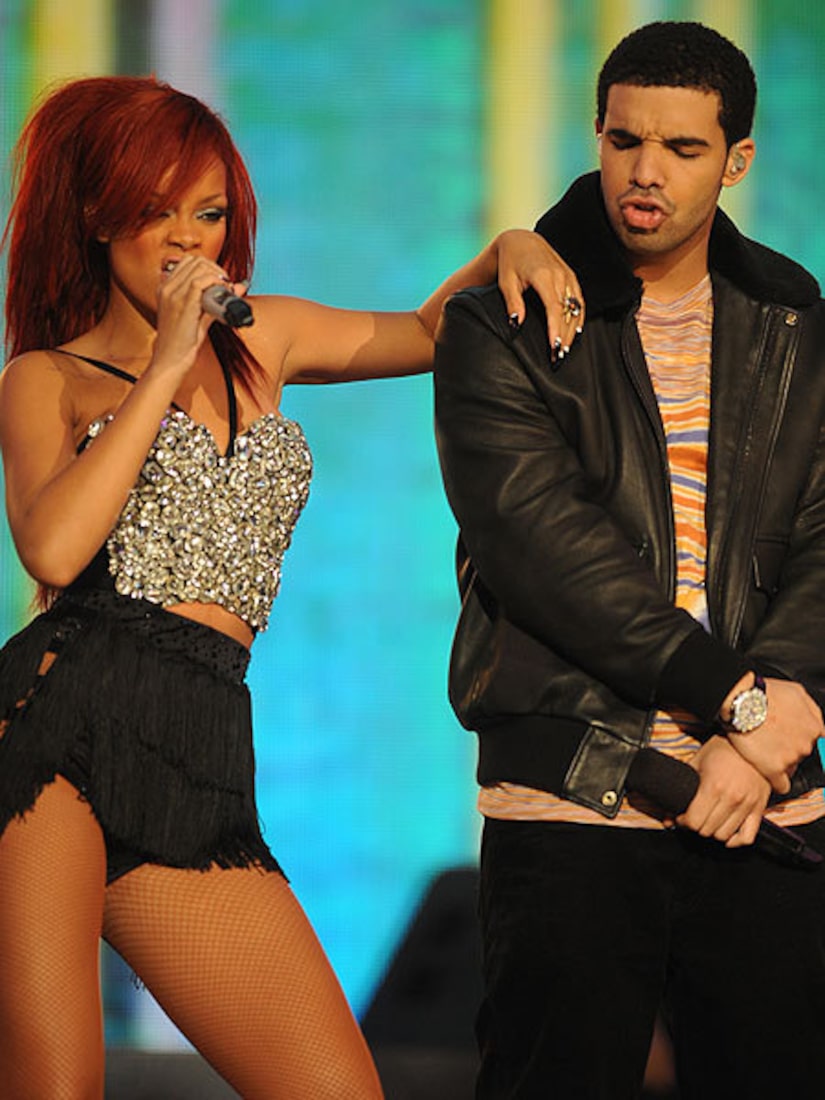 Singers Drake and Rihanna were spotted together at a NYC club on Monday, sparking speculation that their romance has heated up again.

According to TMZ, the former lovebirds hit up Griffin nightclub and were there for nearly two hours before leaving around 3:00 AM, separately, but only several minutes apart.

Eyewitnesses inside told TMZ that Drake and Rihanna were sitting close to one another, flirting and whispering in each other's ears.

Rumors began in 2011 that they were dating, and the “Diamonds” singer was said to be the cause of a notorious 2012 bar brawl between Drake and Rihanna's former BF, Chris Brown. Drake and Brown recently had fun together in a skit for the 2014 ESPY Awards last month.

Rihanna and Drake have since been seen together off and on, with the most recent sighting earlier this year.

In March, however, Drake opened up about his relationship status with the Bajan beauty, telling Rolling Stone magazine, “I mean, I think about it. Like, 'Man that would be good.' We have fun together. She's cool and s**t. But we're just friends. That's my dog for life.”