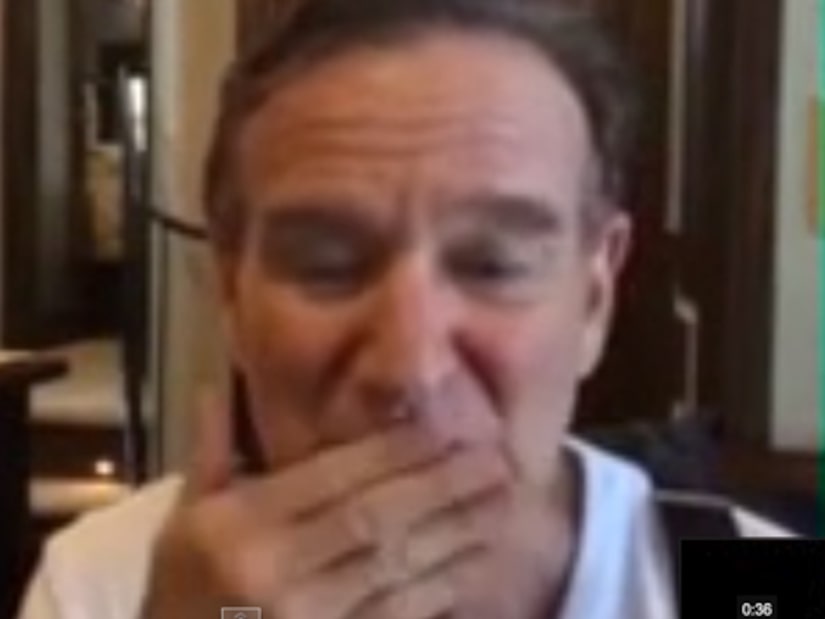 As fans continued to mourn the loss of Robin Williams, new stories about the comedian continue to surface.

The latest is a particularly touching one. Just a few months before he died, Williams filmed an uplifting video for a cancer patient in New Zealand.

Vivian Waller, who is battling lung, bowel and liver cancer, made a bucket list, and included major milestones like marrying her boyfriend Jack, seeing her daughter Sophie's first birthday... and meeting Robin Williams.

She was unable to travel to the United States, so Robin recorded a special video message for the 21-year-old. In the clip he says, "Hi Vivian, It's Robin Williams here, saying hey girl. What's going on down there in New Zealand? Sending all my love to you, Jack, and Sophie. Mark this off your bucket list."

He even gives Vivian his best Matthew McConaughey impression, before signing off with "Much love to you, baby," and blowing a kiss to her.

Waller's husband Jack told the Sunday Star Times that the message meant a lot to his wife, and that they are “just enjoying the time we have together" and plan to "take things a day at a time."