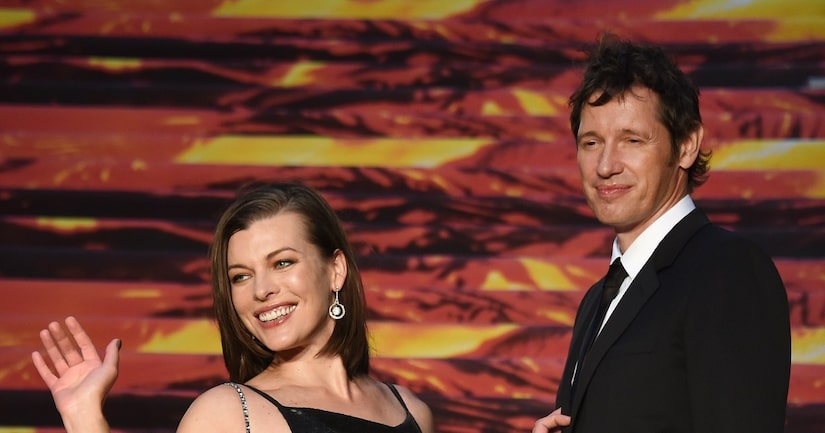 Actress Milla Jovovich announced she and director husband Paul W.S. Anderson are expanding their family, but that means the next installment in the popular “Resident Evil” series, “The Final Chapter,” will have to be put on hold.

In a message posted to her Facebook page, Jovovich, 38, wrote, "Happy Monday everyone! This was originally going to be a post to tell you how excited I am about flying to Cape Town, South Africa to begin working on 'Resident Evil: The Final Chapter.' But… My husband Paul and I just discovered that we are expecting another baby!!!"

In the franchise based on the video game, Milla plays a kickass rebel named Alice who fights zombies and an evil corporation, so the action might prove to be too difficult during her pregnancy.

She explained, "Between the stunt work and what will become my ever-expanding belly, we didn't think pregnancy and zombie killing are the best combo! Lol! I imagine the only thing I'll be killing in the near future is an endless supply of cupcakes. Yikes…"

Jovovich added, "In all seriousness though, we want to make the best movie possible and that would be extremely difficult, to say the least, in my present condition. I would like to take a moment to say thank you to everyone who has been working so hard on the movie in South Africa already and we are so looking forward to working with you all next summer. And when we arrive, it will hopefully be with the newest member of our little family! YAY!"

This is the second child for Jovovich and Anderson, who first met when he directed her in the original “Resident Evil” in 2002. The two welcomed their daughter Ever Gabo Anderson in November 2007, and married in 2009.