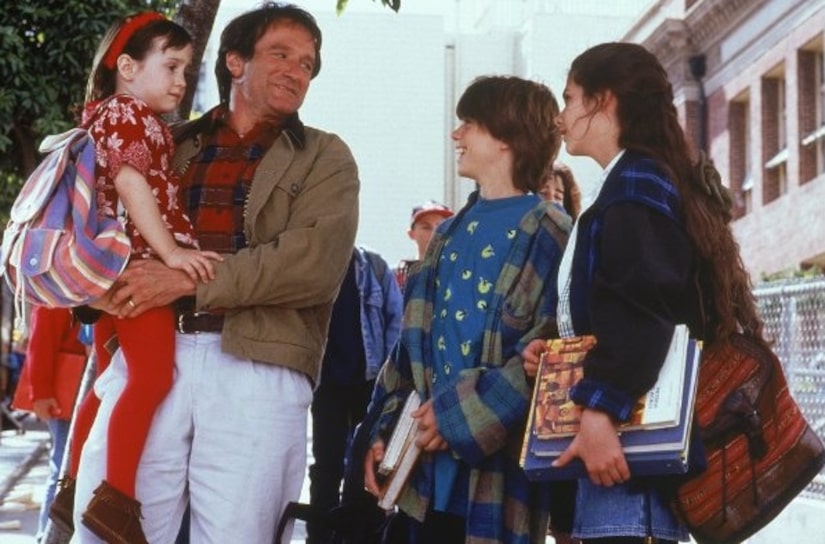 Wilson, who played the youngest sibling in the 1993 comedy, wrote, "Everybody grieves in their own way. When I heard about Robin's death, I was shocked, confused angry, regretful, and above all, sad. All I wanted was to talk to my family and friends and cry. While Robin and I had not talked in a few years, there is no question he had a great impact on my life. He was as warm and talented as everyone says, and a joy to be around. It's as if my favorite teacher died."

Jakub, who played Williams' eldest daughter Lydia, wrote about how the comic actor “stood up” for her when she was kicked out of high school for leaving for five months to make the film.

She reflected, "He was an incredibly kind human being. It's devastating, at 14, to have your formal education terminated. I felt like a freak and a reject. When I arrived at work the next day, Robin noticed that I was upset and asked me what was wrong. I explained what had happened, and the next day, he handed me a letter that he wrote to my school. He explained that I was just trying to continue my education while pursuing my career. He wrote embarrassingly kind things about my character and my work, and requested that they reconsider and allow me to return to my classes. When I told him I still didn't think they would take me back, he said, 'It's kinda like Amnesty International. That school just needs to know that people know the truth.'

Lisa continued, "Robin stood up for me. He was in my corner. I was only 14, but I had already seen that I was in an industry that was full of back-stabbing. And it was entirely clear that Robin had my back… It taught me that you stand up for the things that matter. And even if your attempts fail, you tried. You told the truth. You took care of your friends. You fought back.