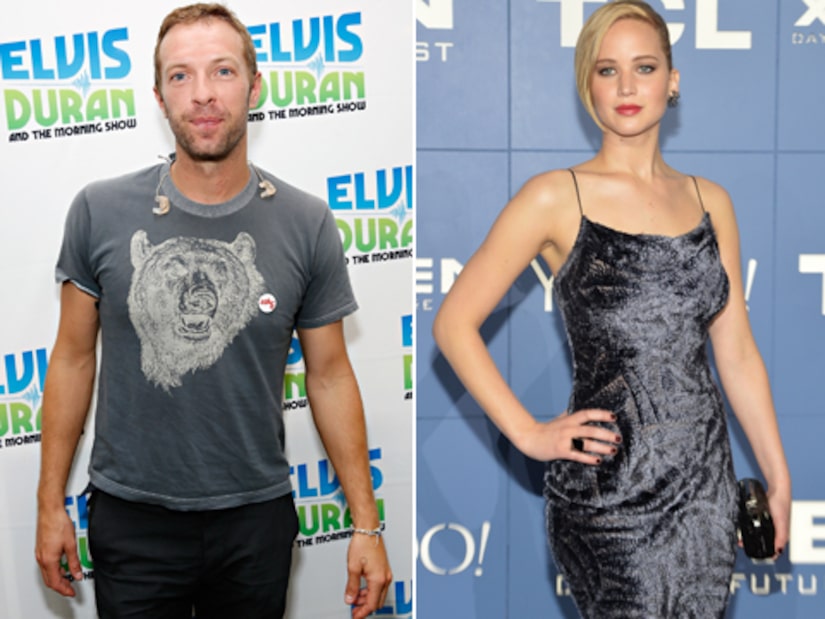 They both went through recent breakups, and now Eonline.com reports that Coldplay frontman Chris Martin, 37, and Oscar winner Jennifer Lawrence, 24, are dating!

Martin and wife Gwyneth Paltrow announced their “conscious uncoupling” in March after 10 years of marriage. The exes remain on good terms, and were still living together in June.