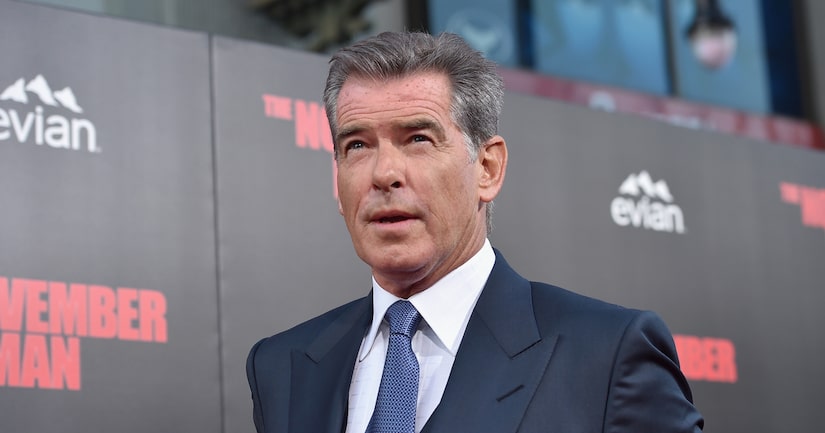 “Extra’s” Renee Bargh was with Pierce Brosnan at the L.A. premiere of his film “The November Man,” where the actor shared his fondest memory of working with longtime friend Robin Williams on “Mrs. Doubtfire.”

Brosnan said, “The dinner sequence, sitting around the dinner table at the end of the movie, my character, Stu, is being grilled by Mrs. Doubtfire. It was a big sequence and took three days to film. When it came to my close-up, they sent the children away, sent Sally [Field] away because the interaction was just between Mrs. Doubtfire and Stu. Robin unleashed just the foulest mouth of anything… he just knew how to pull you under and make you laugh. I could hardly get through the day.”

Pierce continued, “He was such a kind man, such a great human being… so generous to me. The world just hurts. There is a wound in all our hearts for his sad demise here in life, but he has left a legacy of films that will be cherished and will endure time.”