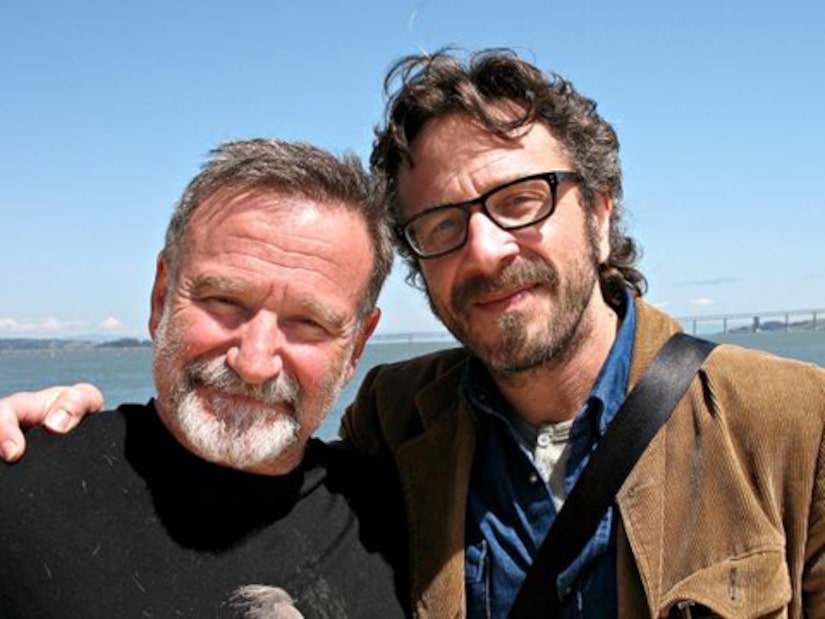 In a shockingly candid interview with fellow comedian Marc Maron, Williams admitted that he had thought about taking his own life during his battle with alcoholism, but didn't “have the balls to do it.”

The haunting conversation originally took place on Maron's WTF podcast in 2010, a few years after Williams' stint in rehab and not long after his heart surgery.

Robin Williams: New Details About How He Died

The topic of suicide comes up toward the end of the conversation, causing the 63-year-old to launch into one of his classic riffs, except this time, he plays both characters. Here is an excerpt:

“Did you really just say f**k life? You know, you have a pretty good life as it is right now, have you noticed the two houses?”

“Have you noticed the girlfriend?”

“Have you noticed that things are pretty good even though you may not be working right now?”

“Okay, let's put the suicide over here on 'discussible.' Let's leave that over here in the discussion area, we'll talk about that. First of all, you don't have the balls to do it… Have you thought about buying a gun?”

“What were you going to do, cut your wrists with a water pick?”

After going on like this for quite some time, he told Maron, “Discussions of death, it's very freeing.” Following Williams' death on Monday, Maron re-released the audio, along with a touching tribute.

Listen to an excerpt here and visit WTFpod.com for the entire podcast.