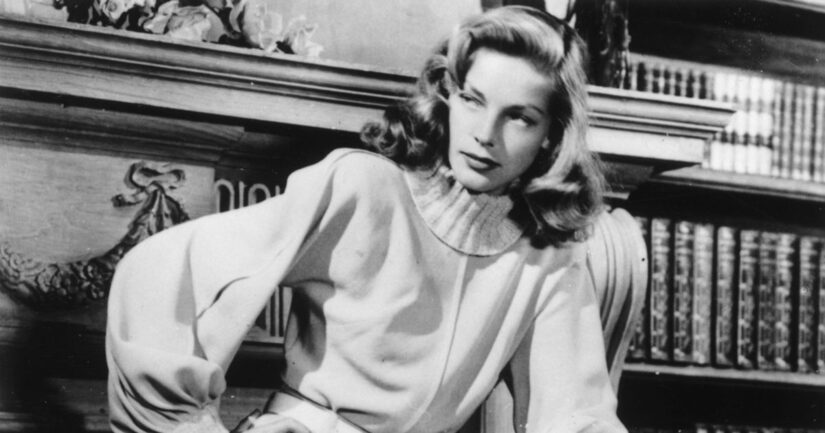 Actress Lauren Bacall, best known for her sultry presence, smoky voice and classic films with husband Humphrey Bogart, has died. She was 89.

Variety and The Hollywood Reporter report she died of a stroke on Tuesday morning at her NYC home. She would have turned 90 on September 16.

The Humphrey Bogart Estate announced the news on its Facebook page. "With deep sorrow for the magnitude of our loss, yet with great gratitude for her amazing life, we confirm the passing of Lauren Bacall.”

At age 19, Bacall briefly modeled and was discovered as the result of an ad. She quickly broke out as a leading lady opposite Bogart in her first film, 1944's “To Have and To Have Not,” giving her the immortal exit lines, "You know how to whistle, don't you, Steve? You just put your lips together and blow."

Bogie and Bacall began a whirlwind romance. He was 25 years her senior. They wed the following year, and had two children. Bacall starred with her husband in three more films, “The Big Sleep” (1946), “Dark Passage” (1947), and “Key Largo” (1948). They remained married until Bogart's death of esophageal cancer in 1957.

Bacall's other notable films include 1950's “Young Man With a Horn” and 1953's “How to Marry a Millionaire,” with co-stars Betty Grable and Marilyn Monroe.

In 1997, the same year she received the Kennedy Center Honors, Bacall was nominated for a Best Supporting Actress for her turn in the Barbra Streisand film “The Mirror Has Two Faces.” Although she didn't win the Oscar, she was awarded an Honorary Academy Award in 2010.

Bacall was also married to actor Jason Robards, Jr. from 1961 to 1969 and had another son, actor Sam Robards, who survives her, along with children Stephen Bogart and Leslie Bogart, and four grandchildren.