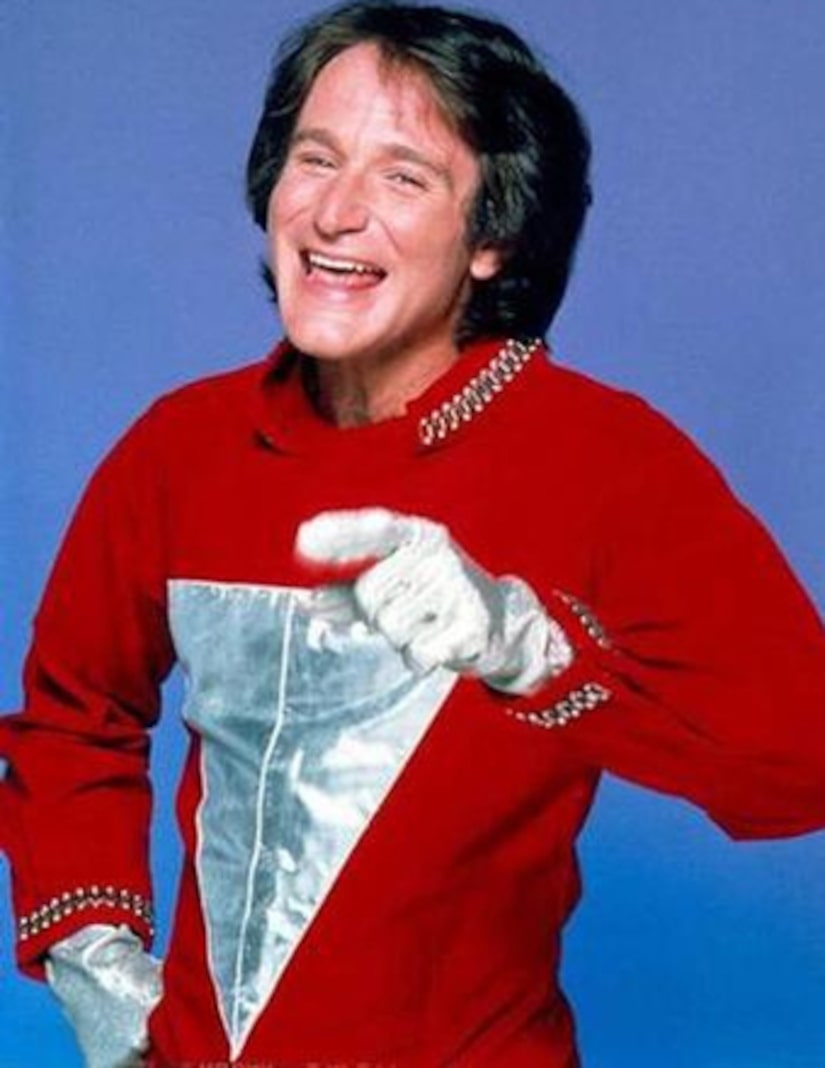 “Extra” remembers the incredible career of Robin Williams, who was found dead in his Marin County home on Monday at age 63.

Robin starred in the hit “Happy Days” spinoff as Mork, an alien who arrives to Earth in an egg-shaped spacecraft on a mission to observe human behavior. He quickly befriends a young woman named Mindy, who allows him to move into her attic. Mork’s alien antics made for plenty of laughs.

“Good Morning Vietnam” (1987)
Williams earned a Best Actor Oscar nod for his role as Armed Forces Radio DJ Adrian Cronauer, who was popular with the Vietnam troops, but infuriated his superiors.

Williams was honored with a Best Actor nomination for “The Fisher King,” the story of an unlikely friendship between a radio DJ and a homeless man (Williams).

Even in an animated film like "Aladdin," Robin was unforgettable. He voiced the Genie in the popular Disney movie.

“Mrs. Doubtfire” (1993)﻿﻿﻿
Williams won over audiences of all ages as Daniel Hillard, a man facing divorce, who pretends to be a nanny named Mrs. Doubtfire in order to be closer to his children.

Williams plays a man trapped for decades in a jungle game who is released after two kids starting playing it. They then face new dangers that can only be stopped by finishing the game.

“Good Will Hunting” (1997)
Robin, who attended Juilliard in the 1970s, won the Oscar for Best Supporting Actor for his role in “Good Will Hunting.” Williams played a therapist to a troubled young man.

Robin plays real-life Dr. Patch Adams, who in the '70s treated his patients by using unconventional methods like the power of laughter. Everyone remembers Williams in the clown nose.

Watch Robin's heartfelt acceptance speech for his Best Supporting Actor win for "Good Will Hunting" from the 70th Academy Awards.

Clip provided courtesy of the Academy of Motion Picture Arts and Sciences.