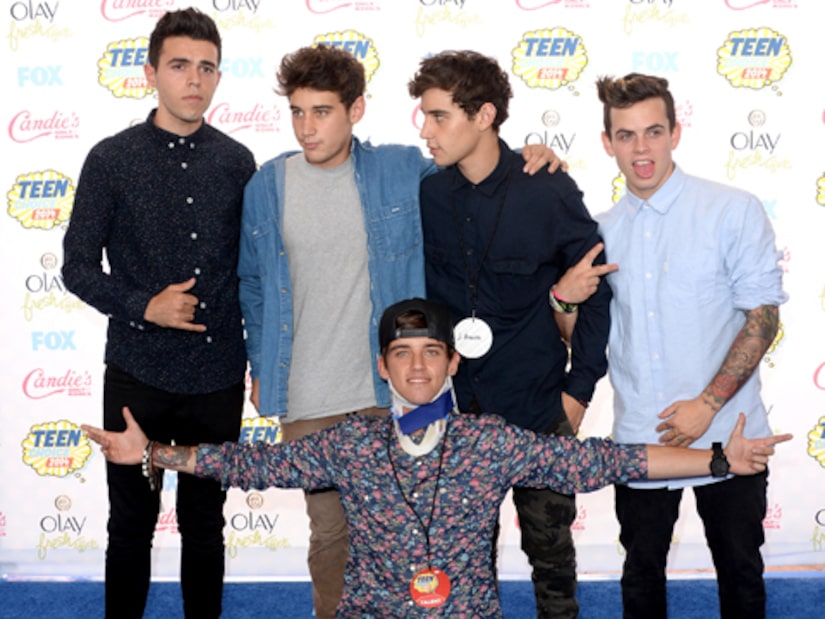 The Janoskians comedy team thought it would be funny to put member Beau Brooks on top of a surfboard and let him hang ten on the blue carpet all the way into the Teen Choice Awards.

The stunt seemed to take a terrible turn when Beau fell to the ground. Security surrounded him and immediately put the 21-year-old in a neck brace.

The Teen Choice Awards camera caught the whole thing on video, which abruptly ended before viewers learned if Beau is okay.

The group is known for their pranks leaving everyone guessing whether or not Beau was faking it.

Brooks later tweeted, “My fall today was not as hard as the people who fell for the prank hahaha janoskianators caught on straight away.”