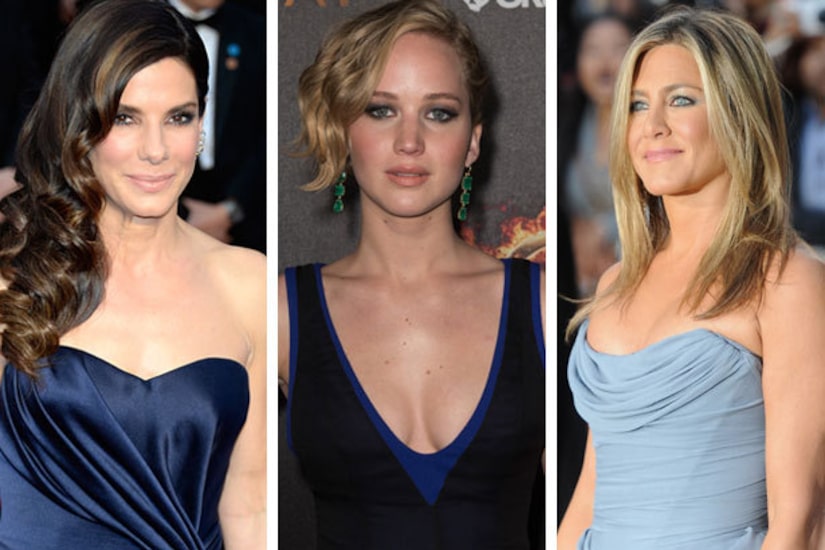 That would be Oscar winner Sandra Bullock, who according to Forbes' annual highest-paid actresses list, made $51 million from June 2013 to June 2014.

Part of the 50-year-old's success came from her Oscar-nominated performance in the sci-fi thriller "Gravity," which drew $716 million at the box office.

Jennifer Lawrence was in second place with $34 million, due to her films like “Hunger Games: Catching Fire,” "X-Men: Days of Future Past" and “American Hustle.”

Slipping into the No. 3 spot was Jennifer Aniston, who made $31 million. She made the surprise hit "We're the Millers" and had profitable endorsement deals with Vitamin Water and Aveeno skincare.