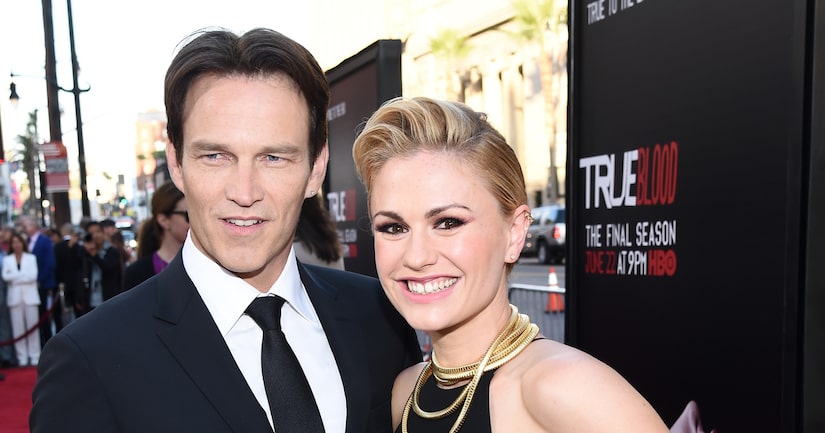 Actress Anna Paquin has cleared up the whole bisexual thing.

While speaking with Larry King on his show “Larry King Now,” Paquin said that while she is “happy... monogamously married” to her “True Blood” co-star Stephen Moyer, that doesn't preclude her from also being bisexual.

She explained, "I don't think it's a past tense thing. Are you still straight if you are with somebody?... If you were to break up with them or if they were to die, it doesn't prevent your sexuality from existing. It doesn't really work like that."

Paquin revealed she was bisexual in 2010 just before she married Moyer. The two welcomed twins in 2012.

"True Blood" is currently airing its final season on HBO.