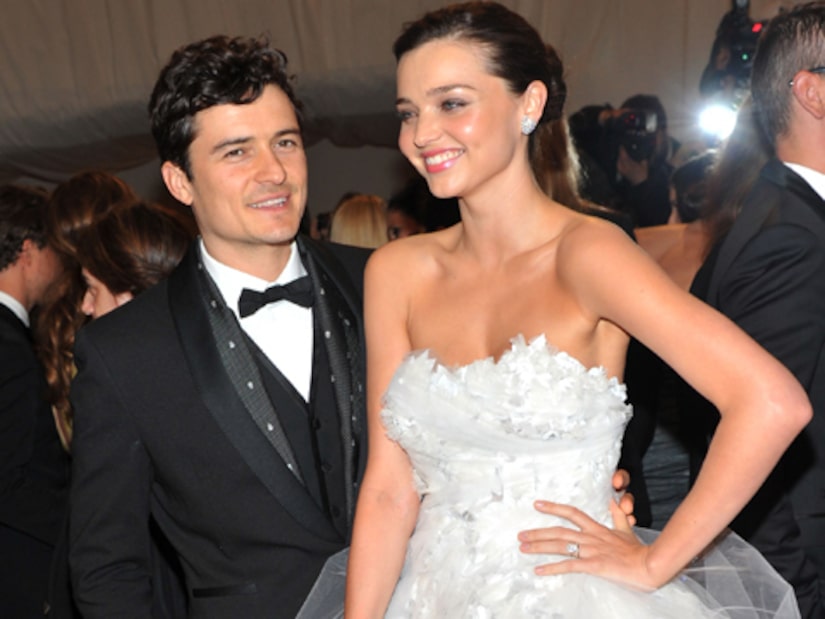 There is a lot of overlapping in Orlando Bloom and Miranda Kerr's love lives.

The exes seem to be caught up in a love triangle… or perhaps the better term is hexagon, involving James Packer and his ex-wife Erica, and Justin Bieber and his on again/off again girlfriend Selena Gomez.

Orlando and Miranda went public with their split in October 2013. Rumors ran rampant that Kerr's 2012 flirt fest with Justin Bieber may have had something to do with it.

In a surprising twist of events, Orlando and Selena were spotted hanging out together multiple times in the spring of 2014, but Gomez has denied a romantic relationship.

Around the same time, Miranda was rumored to be involved with billionaire James Packer. The relationship caused a media frenzy when James and fellow billionaire David Gyngell brawled in the streets, supposedly because David was angry that James left his wife Erica for Miranda.

Fast forward to July 2014, and we have Orlando taking a punch at Justin Bieber in a restaurant in Spain, while Bloom is on vacation with James' ex, Erica.

Miranda's rep told E! News that Miranda is “very embarrassed about everything that has gone on.”