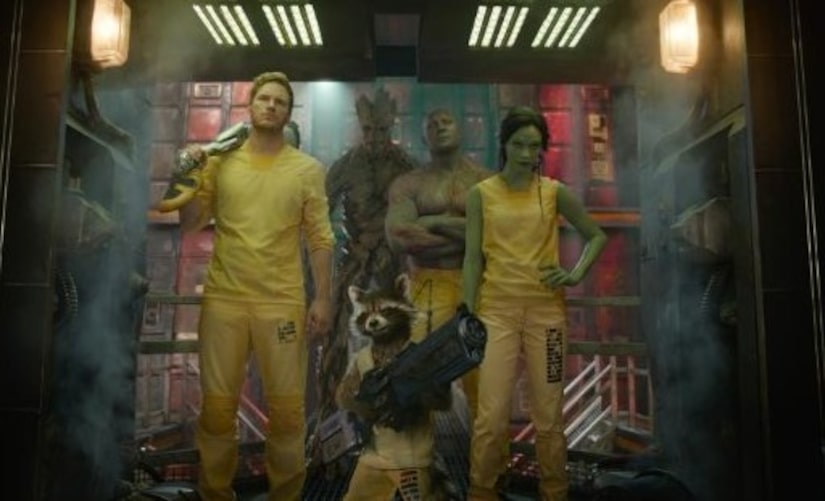 The Marvel comic-book actioner “Guardians of the Galaxy” is poised to be a huge box office winner this weekend; it already raked in $11.2 million at late-night showings on Thursday.

"Extra's" Terri Seymour was with "Guardians of the Galaxy" stars Chris Pratt, Zoe Saldana, and Vin Diesel chatting about the upcoming film. Watch!

Check out a hilarious extended clip from the movie where Star-Lord, played by Chris Pratt, tries to convince his gang of misfits, including Rocket, a raccoon voiced by Bradley Cooper, to go along with his plan.

Check out this extended trailer!