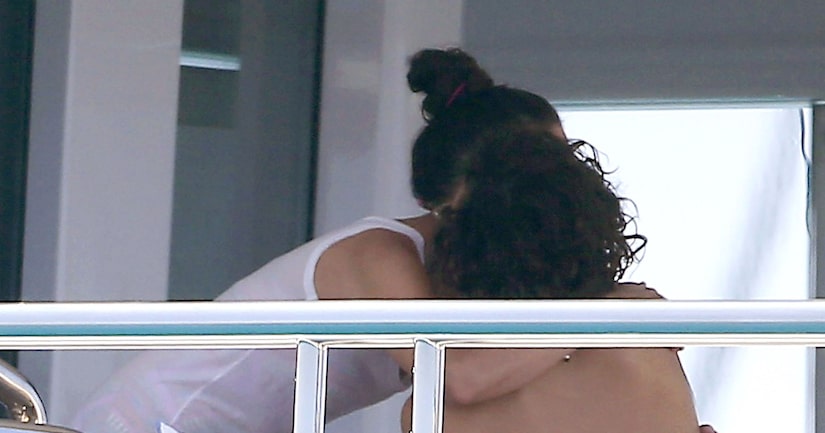 Stay with us. In an ironic twist to Orlando Bloom's current holiday in Ibiza, now the actor has been spotted spending time with Erica Parker, the ex-wife of Australian billionaire James Parker, who is rumored to be dating Bloom's ex, Miranda Kerr!

The pics were taken aboard a yacht, and Bloom and Parker definitely look like more than just friends.

This new development follows the highly publicized brawl between the “Pirates of the Caribbean” star and singer Justin Bieber earlier this week.

The two men have been feuding ever since Bieber cuddled up with Kerr at a 2012 Victoria's Secret fashion show. Bloom was then seen hanging with Biebs' ex, Selena Gomez, in April of this year.

Kerr's relationship with Packer supposedly caused a wild brawl outside Packer's home in May. Fellow billionaire David Gyngell was reportedly upset with James for leaving Erica for Miranda last year. Watch the video!

At the moment, Miranda is trying to stay out of the spotlight. A source told E! News that "[Miranda] is in Spain and Europe now and is vacationing with the family and relaxing. Miranda wants all of this behind her and she just wants to move on from this and go about her life. She is very embarrassed about everything that has gone on."