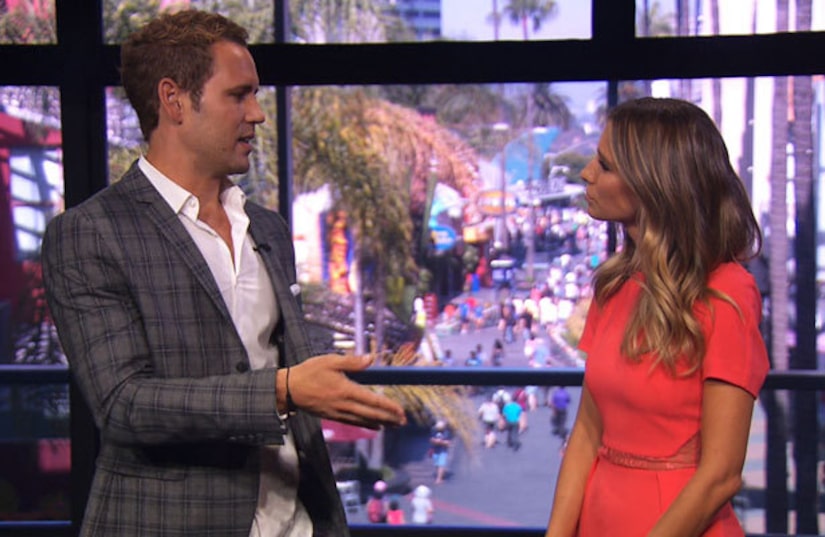 “Extra’s” Renee Bargh was with “Bachelorette” runner-up Nick Viall at Universal Studios Hollywood, where Viall explained his decision to confront Andi Dorfman on live TV and reveal the two had been intimate.

Nick said, “I said what I had to say. I don’t necessarily think it was dirty laundry or anything like that. It was what happened to us.”

He added, “I think I wish I had articulated more that it was not necessarily about the action, but what it meant to me and the intimacy of it… for me it did mean a lot. I think her demeanor took me aback. It felt a little bit cold and un-empathetic.”

Viall continued, “I certainly hope I didn’t hurt her feelings or anything like that and for that I do apologize, but it was a real relationship and real feelings and things I needed to talk about.”

As for all the backlash, Nick said, “Well, that’s unfortunate… I understand it's controversial and it might be polarizing. I understand all that and I accept full responsibility for what I said, but if people think, hopefully, that I’m authentic and genuine and it was real, then I’m okay with that.”

Nick said he is still feeling the heartbreak, but has accepted Andi’s decision and wishes her and Josh Murray the best.