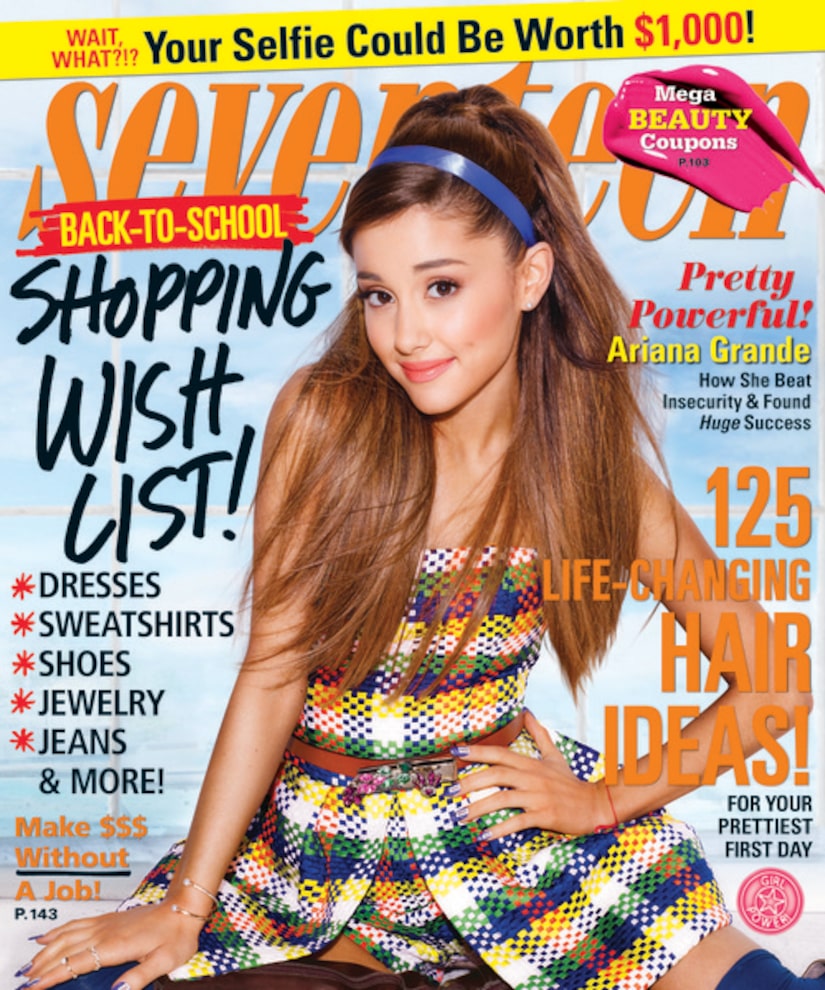 Pop sensation Ariana Grande graces the cover of Seventeen magazine's September issue, in which she talks about the struggles she's faced trying to balance fame, her father, and the passing of her grandfather.

Ariana's career has skyrocketed since the 21-year-old released her debut album “Truly Yours” in 2013, but as Grande explained in the magazine... with the publicity comes very little privacy.
One of the things she's dealt with was “falling out of touch with my dad. It's private, but it happened last year.”
Ariana said, “It took me so long to be okay with it,” explaining how losing touch with her father, graphic designer Edward Butera, has affected her.
“The thing that got me there was embracing the fact that that I am made up of half my dad, and a lot of my traits come from him. So much of me comes from my father, and for so long, I didn't like that about myself. I had to accept that it's okay not to get along with somebody and still love them.” As she launched the #1 smash hit “Problem,” she was concerned for her ailing grandfather. “I focus on what's important. My grandpa is sick, so I focus on him every day. I'm having the biggest song of my career so far, and all I can think about is my grandpa, because that's what's important to me.”
Ariana shared the news of her grandfather's death on July 22nd.
“This interview took place before I lost my grandfather. Reading it back now is, of course, very hard, but I'm so grateful that I spoke briefly about some of the wisdom he shared with me in this interview. I hope the Seventeen readers find it helpful and can relate.”
Click here for more photos and the full interview.