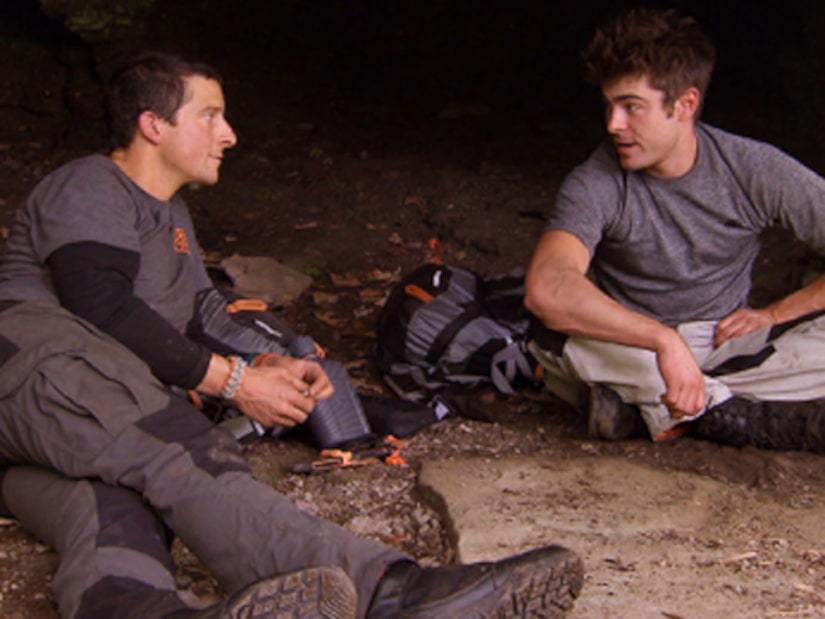 While hanging at the camp, Bear asked Zac, “You were very honest about when you went to rehab and stuff. What kind of led down that road?”

Efron revealed, "The challenging part was never the work, you know, that was never it. It's sort of the in-between.”

He explained that the press was everywhere, so he started spending more time in his house.

“You spend a lot of time in your house going crazy, you know pretty soon you need a social lubricant,” the “Neighbors” star said.

"Once I needed that, it became to go anywhere. It was getting to the point where, er, I was caring less about the work and waiting more for the weekend, you know what I mean, where I couldn't wait to go out. You know, and sort of let loose and have fun.”

He knew he was in trouble “when Monday and Tuesday were difficult to get through… I was like, argh, this is bad.”

Zac continued, "You know, I just really never again want to have to take anything from the outside into me, to make me feel good about my outside.”