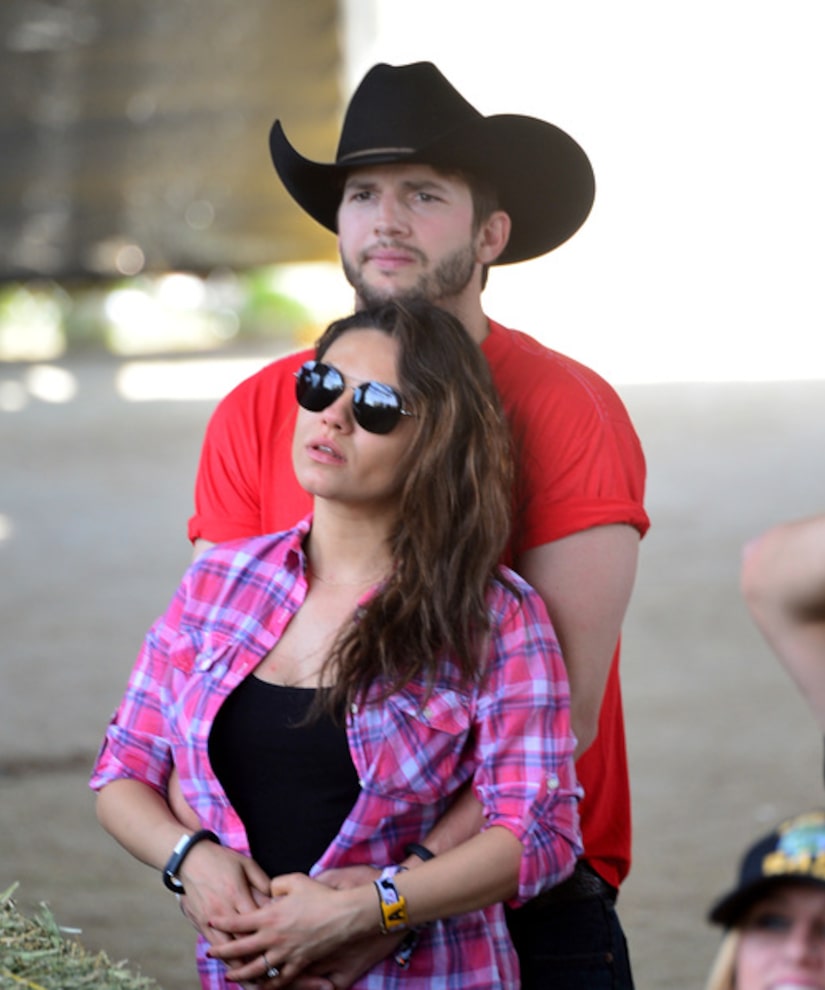 Ashton Kutcher and Mila Kunis are thinking of naming their baby girl “Finn,” according to a source who talked to RadarOnline.

The name is “being talked about and floating around,” as a family name from the “Two and a Half Men” star's mother. According to the source, “Ashton's mom's maiden name is Finnegan.”
The site has also reported the power comedy couple were busy putting a nursery together and preparing for their daughter's arrival.
“It's decorated green with baby animals” added the source. “It's jungle-themed.”
Click here for the full story.