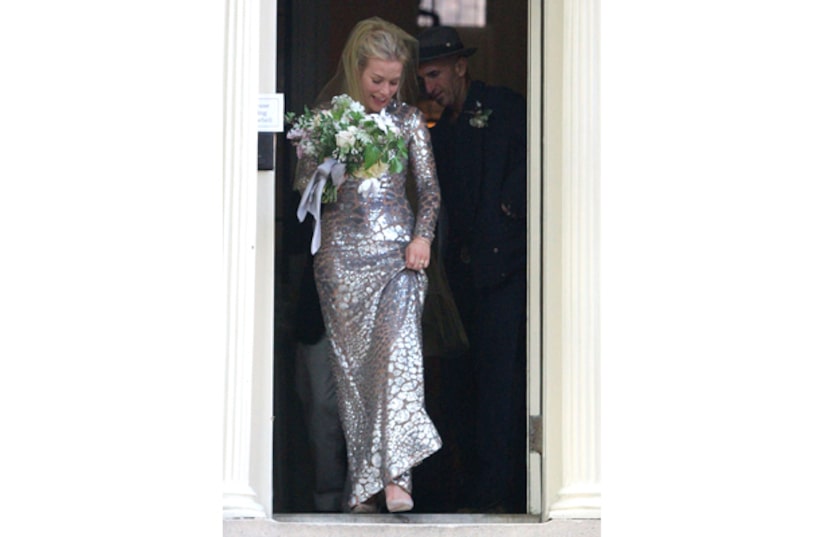 After tying the knot at Merchant's House Museum, Piper and Stephen were seen snapping selfies. They later walked to the reception with the help of a marching band.

The actress and her director-producer beau, who work together on “Covert Affairs," got engaged in September.

If Piper's dress looks familiar, that's because Jennifer Lopez wore the same dress to the 2013 Met Gala. The only difference is that Lopez wore a black and nude animal print version. Check it out at People.