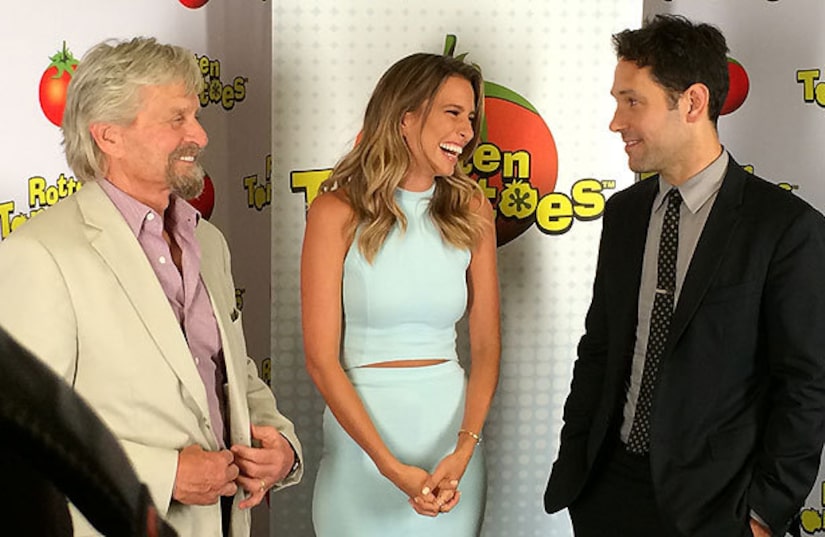 At the Rotten Tomatoes Comic-Con Command Center, “Extra’s” Renee Bargh caught up with “Ant-Man” stars Michael Douglas and Paul Rudd, who describe the Ant-Man costume -- nipples and all!

Watch the hilarious interview, including Douglas and Rudd's rendition of "The Lion Sleeps Tonight"!

"Extra's" AJ Calloway also recently caught up with Michael as he promoted his romantic comedy with Diane Keaton, "And So It Goes."

Michael and Diane chatted about working together, including their kissing scenes. Watch!