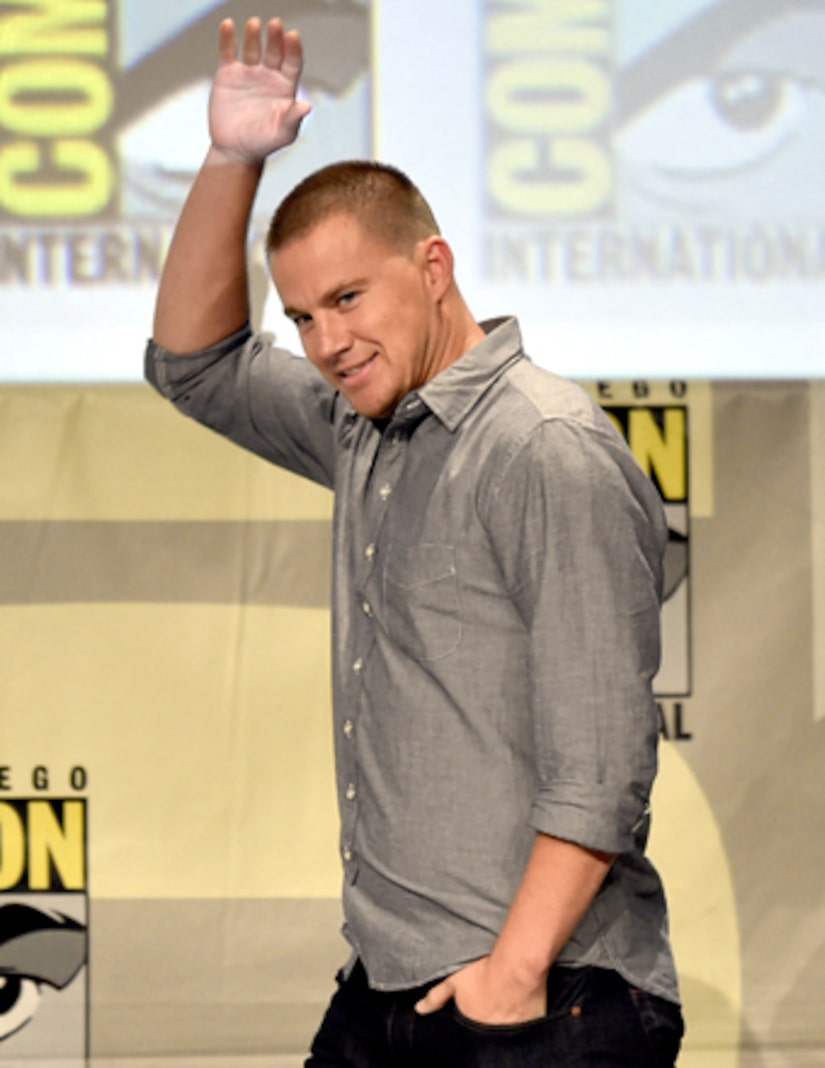 The 2014 San Diego Comic-Con has begun! Keep up with all the breaking movie and TV news from the convention on our live blog, along with pics and videos of your favorite stars!

Check out our Comic-Con 2014 gallery!

- DC Comics released the first pic of Gal Gadot dressed as Wonder Woman for the new "Batman v Superman: Dawn of Justice" movie! Check it out! 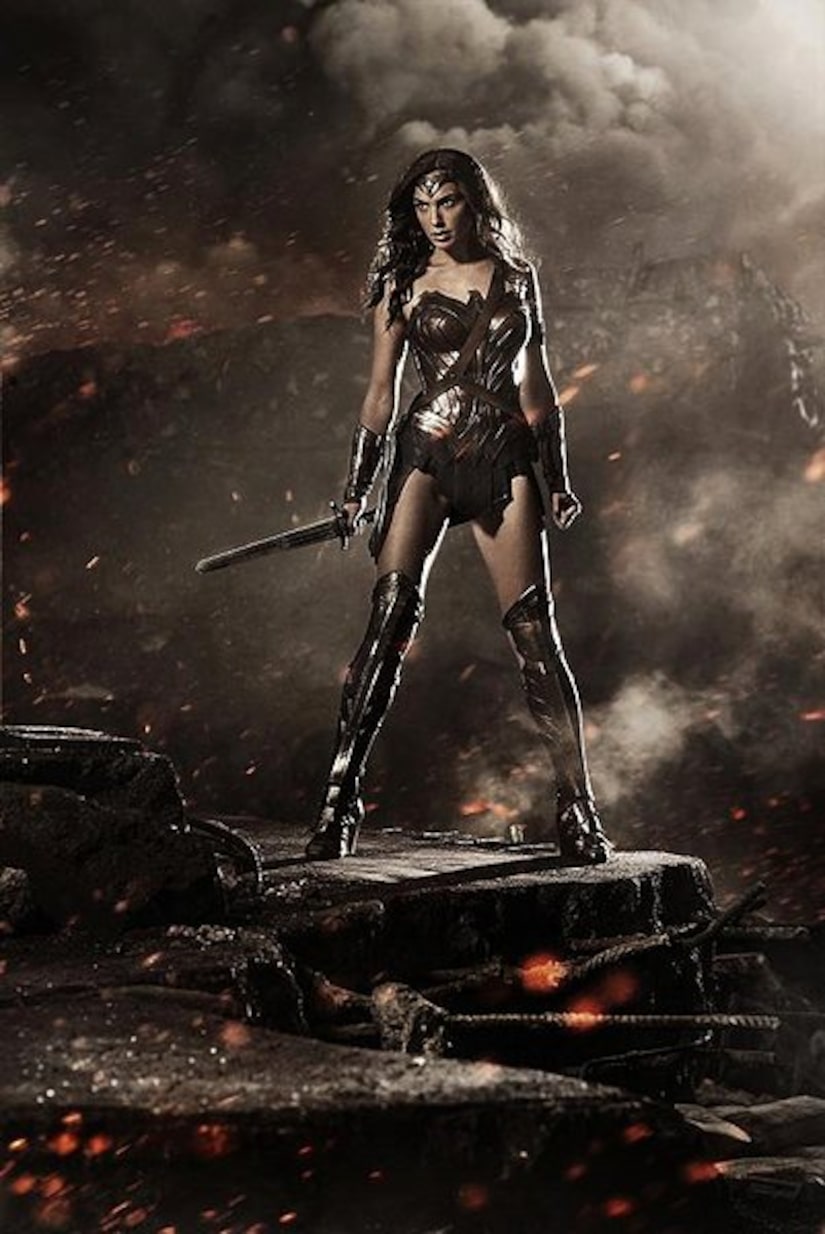 - King Kong is coming back... with a vengeance. Universal caught fans by surprise at a panel this weekend by announcing the new action flick "Skull Island." A short clip from the film showed the island's terrain and foliage before revealing the new Kong. A voiceover could be heard saying, “Being alone in the wilderness, it had gone mad. It looked at you with a vengeful aspect.” The film is scheduled for a November 2016 release.

- Ew! It was a life imitates arts moment in the Rotten Tomatoes Comic-Con Command Center when "Box Trolls" stars Elle Fanning and Isaac Hempstead Wright channeled their animated characters from the upcoming film and chomped down on some cricket kabobs with Tomatoes host Grae Drake. 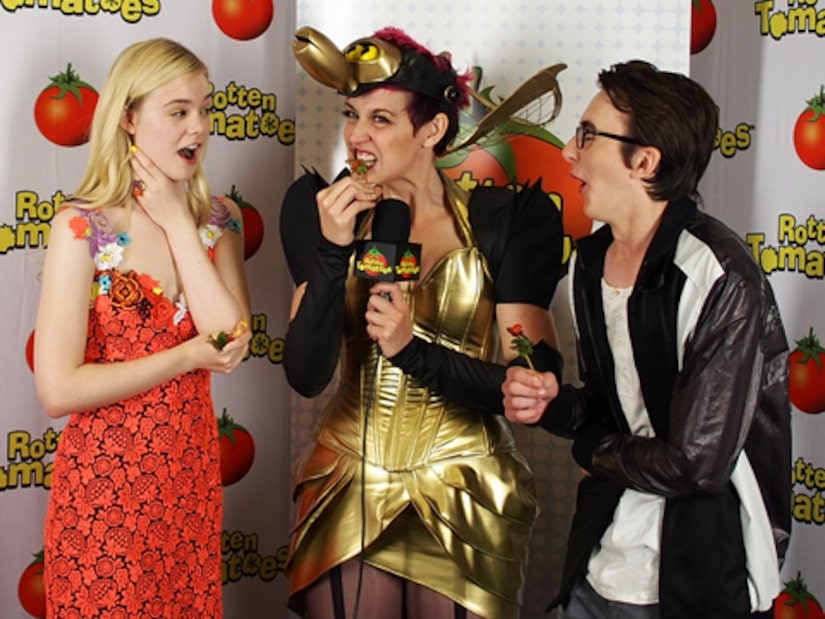 - "Hunger Games" fans can get a first look at the new "Mockingjay" trailer, but they are going to have to work for it. Lionsgate is showing the clips at their Panem "experience" at the Hard Rock Hotel, but fans are waiting in long lines to check out everything the exhibit has to offer, from Peeta's Bakery to Hayworth's Elixers. Find out more!

- Daniel Radcliffe visited the Rotten Tomatoes Comic-Con Command Center to talk with Grae Drake about his upcoming movie "Horns," but admitted he walked the Con convention floor dressed as Spider-Man. In fact, although he loves Tobey Maguire and Andrew Garfield, he thinks he would have made a great Spider-Man! 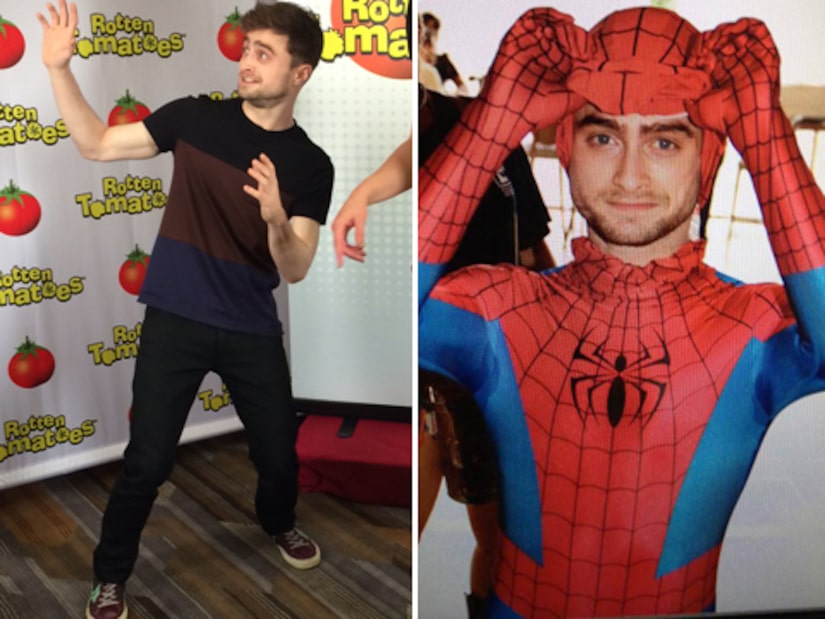 - "Walking Dead" fans will be relieved to hear that Beth is in the new trailer just released today at the panel. AMC also announced the show's fall release date; October 12 at 9 PM! Check out the trailer!

- Oberyn Martell died a horrible death last season on "Game of Thrones," but it seems his family might be taking revenge. HBO announced that Oberyn's family will be joining the cast, including Doran Martell (Oberyn's older brother) and the Viper's illegitimate daughters, known as the Sand Sisters. Oscar nominee and "Whale Rider" actress Keisha Castle-Hughes will star as eldest daughter Obara Sand, and much of the footage will take place in the kingdom of Dorne. Book fans should also note that Jonathan Pryce is joining the cast as the High Sparrow. Find out more! 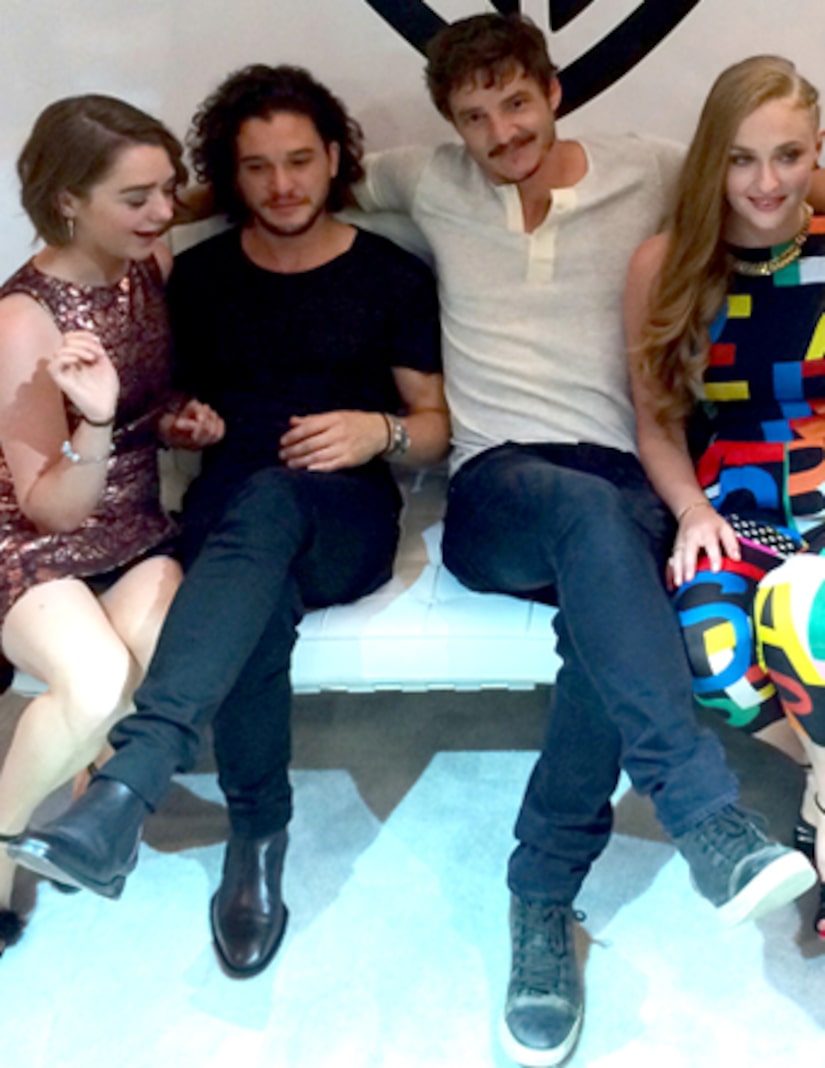 - We caught up with the "Bates Motel" cast at Comic-Con and found out that Caleb and Bradley will be returning for Season 3! Check back for more at ExtraTV.com soon!

- Olivia Cooke showed up at the "Bates Motel" press room with a drastic new haircut. The actress, who plays Norman's friend Emma on the show, told the press that she cut her hair for a role in "Me & Earl & the Dying Girl." Check back for more "Bates Motel" scoop soon. 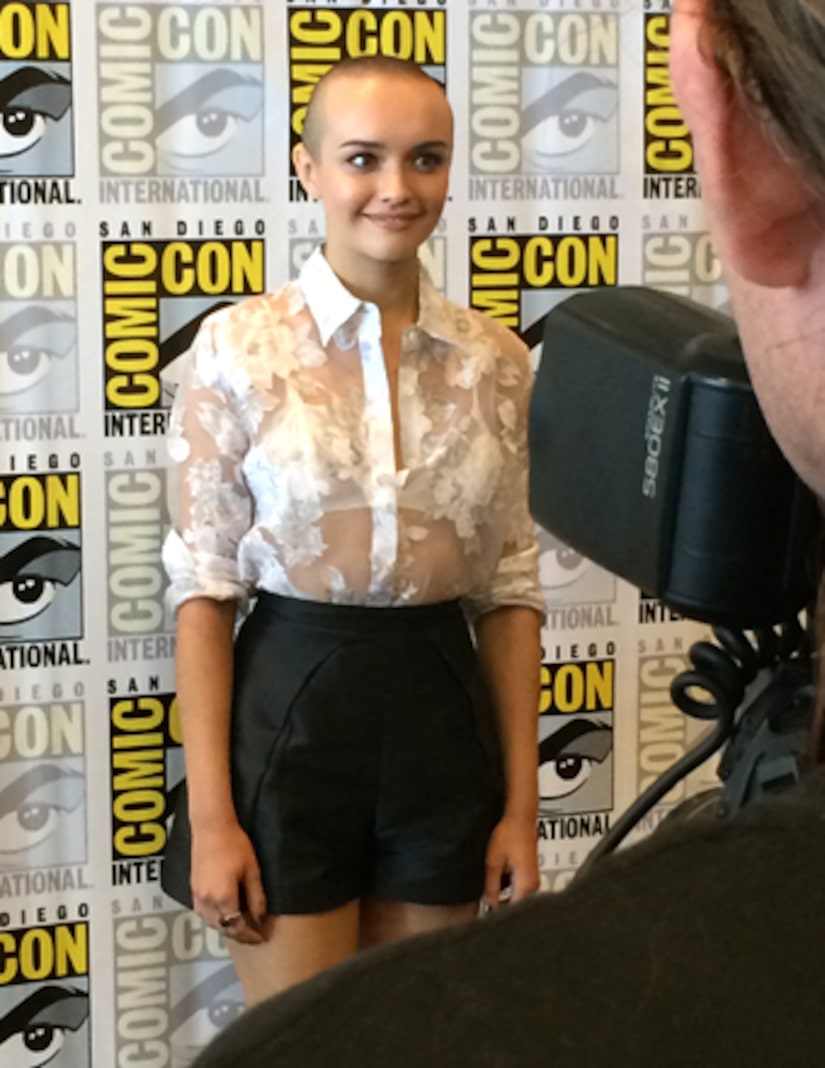 - "Extra" made some very fluffy friends at Comic-Con! Watch!

- Must see! It's the "Game of Thrones" blooper reel! The cast introduced the clip during their fan panel at the Con. Watch it!

- Anyone want to see a hilarious gag reel from Season 2 of "Hannibal" and get some scoop on Season 3? Click here! 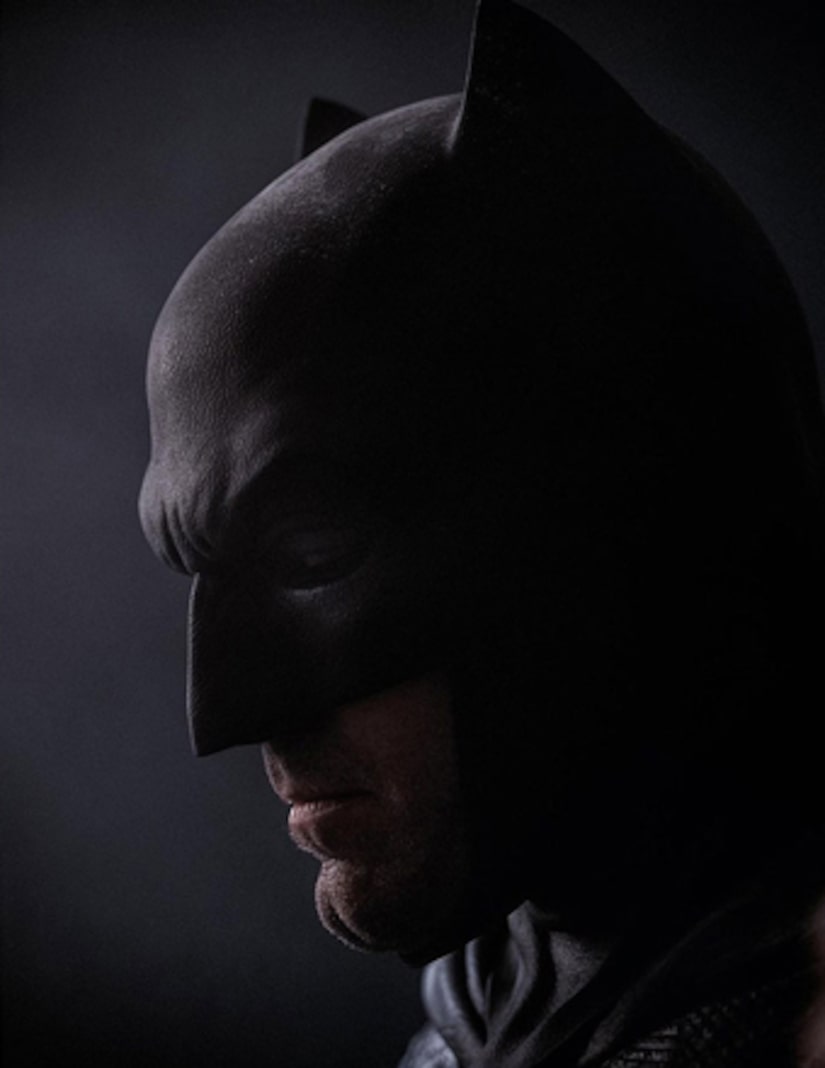 - Christopher Nolan and Matthew McConaughey treated fans to a new trailer for their space travel movie “Interstellar.” Nolan, who also directed the “Dark Knight” trilogy and “Inception,” revealed that the McConaughey's character is a shuttle pilot who "not just through this solar system, not just through this galaxy, but into a whole other galaxy." Read all about it a Vulture!

- Head over to RottenTomatoes.com to watch their exclusive interviews with "Goosebumps" star Jack Black and others!

Comic-Con is currently underway at the San Diego Convention Center.