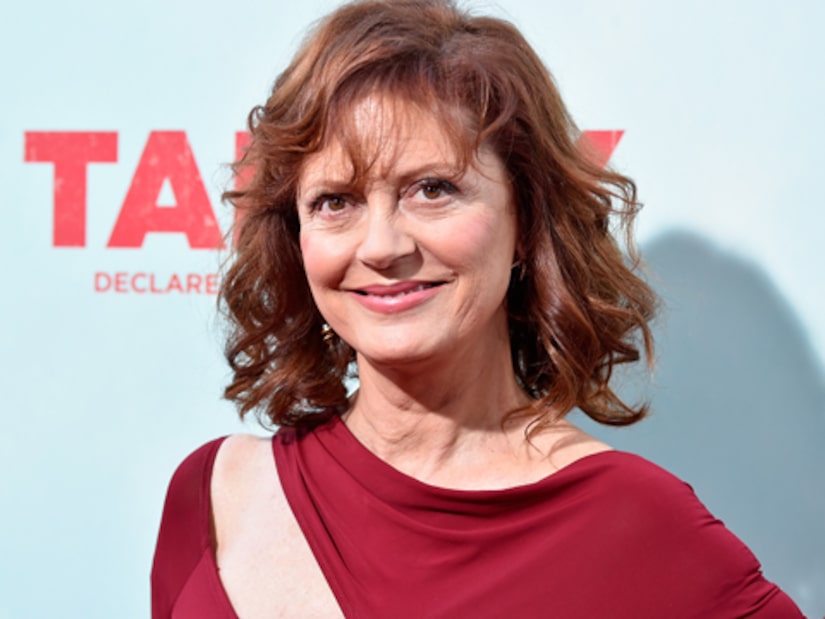 Actress Susan Sarandon has already admitted to smoking pot, and now she is opening up about psychedelic drugs!

In a new interview, the 67-year-old star reminisces with the Daily Beast about her experiences at Nevada's Burning Man arts festival last year.

When asked if she tried any psychedelics while she was there, Susan answered, “Well, it's pretty psychedelic to begin with. But, yeah, I'm not new to the idea of mushrooms. I don't really like chemical things, really. Timothy Leary (a psychologist and writer known for advocating psychedelic drug use) was a friend of mine, so that acid was nice and pure, but I'm not really looking for chemicals, and I don't like to feel speedy. But I've done Ayahuasca and I've done mushrooms and things like that. But I like those drugs in the outdoors -- I'm not a city-tripper.”

She continued, “My attitude about marijuana or anything is, 'Don't be stoned if you have to pretend you're not,' so I'd never do drugs if I was taking care of my kids. I like doing it in the Grand Canyon, or in the woods. You want to be prepared and not have responsibilities. It does remind you of your space in the universe -- your place in the universe -- and reframe things for you. I think you can have some very profound experiences.”

Will she be returning to Burning Man this August?

“I can't go this year because my daughter's having a baby around that time, so I don't think I'd feel very free to indulge if I was waiting for a message to see if she's gone into labor… it was a lot of fun and I'd definitely go back.”

Head over to the Daily Beast to read the entire interview.