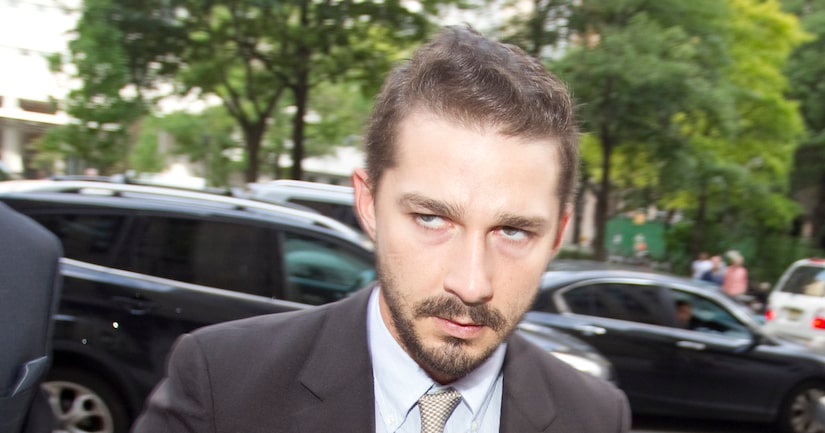 According to NY Post, the “Nymphomaniac” star arrived to the Manhattan court in a suit, and upon entering, walked over to Assistant District Attorney Alyssa Russell and shook her hand.

Russell told the Judge Ann Scherzer, “The defense counsel and I are discussing a possible resolution in this case… at this time there is still no offer or recommendation.”

Scherzer agreed to grant one adjournment, and said all parties are due back in court on Sept. 10.

In late June, LaBeouf was booted from the Broadway show “Cabaret” after allegedly displaying some inappropriate behavior.

He was eventually taken outside and promptly arrested on charges of disorderly conduct, criminal trespass and harassment.

A week later, reports said Shia had checked into a rehab facility, but his rep clarified at the time, "Contrary to previous erroneous reports, Shia LaBeouf has not checked into a rehabilitation facility but he is voluntarily receiving treatment for alcohol addiction."

The rep added, "He understands that these recent actions are a symptom of a larger health problem and he has taken the first of many necessary steps towards recovery. There will be no further comments made at this time."

The actor is gearing up for a promotional tour for his WWII drama “Fury,” also starring Brad Pitt.