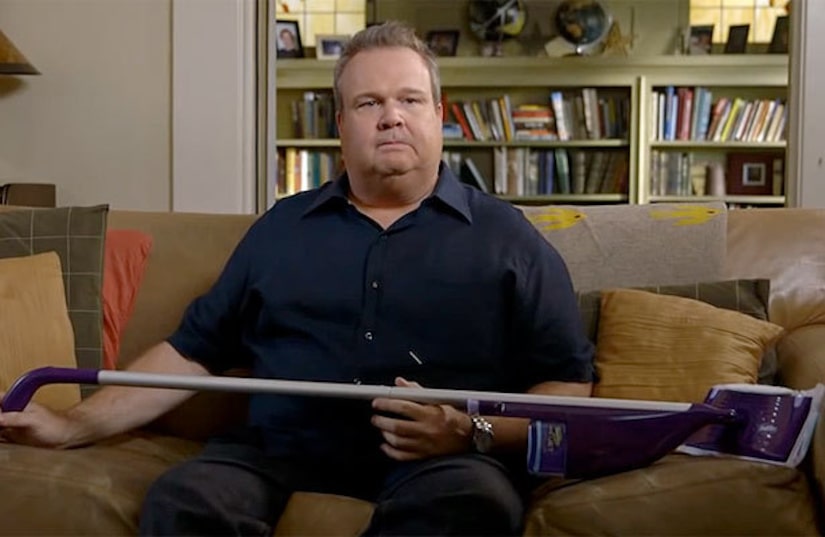 "Modern Family" star Eric Stonestreet is starring in a hilarious new campaign for Swiffer that features his mom, Jamey, paying a visit in Los Angeles.

Eric was hoping that his mom would help tidy up his place, but unfortunately, that's not the case. In fact, she's making things a lot worse.

Check out the hilarious video!