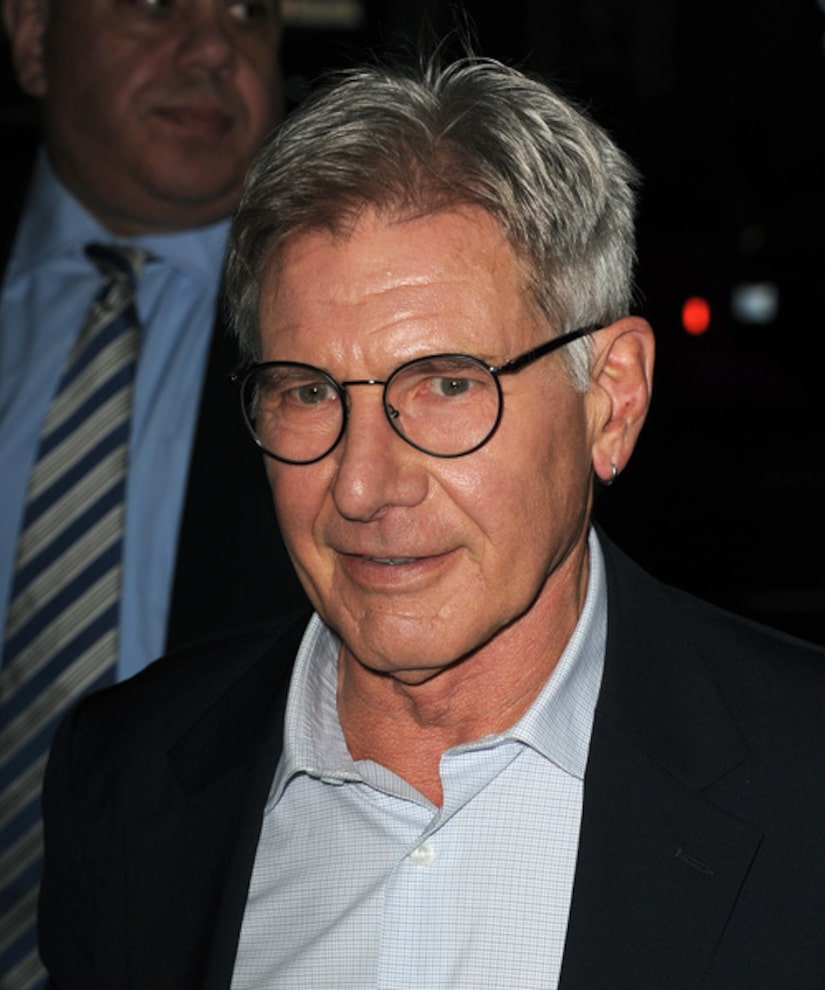 In June, actor Harrison Ford broke his leg on the set of “Star Wars: Episode VII," but he was spotted in London Sunday night, wearing a leg brace to get around town.

The actor will need to use a special crutch for the next four to six weeks until his leg fully recovers. See the pic!

The film's production schedule had to be reworked, but there has been no change to the December 18, 2015 release date.

Ford, 71, was airlifted last month to John Radcliffe Hospital in Oxford after part of Han Solo's spacecraft, The Millennium Falcon, fell and crushed his leg.

There were conflicting reports about his injury, but his rep confirmed with UK's Telegraph that Ford's leg was indeed broken, not his ankle.