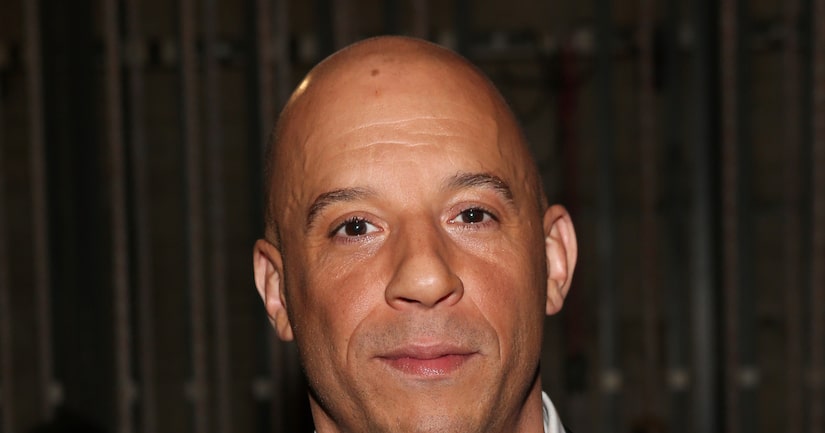 “Extra’s” Terri Seymour recently sat down with Vin Diesel, who talked about having to finish “Fast & Furious 7” without his good friend Paul Walker, who died in a car crash last November.

Paul’s brother, Cory and Caleb, stepped in to help finish the film, and Diesel said the experience was “surreal.”

The actor explained, “On some levels it was very cool to know his brothers were supporting this and wanting to help. On another level, they triggered memories, unintentionally at times. There’s no one like Paul Walker and there was only one Paul Walker, and it is a very tricky task for an actor to both mourn and be in the process of that stage of mourning and also have to pretend that person is still there. It made the experience that much more arduous.”

Vin Shares a Moment with Paul Walker's Brothers on the Set

Vin added that “Fast & Furious 7” was the most difficult film he has ever done. “I remember the first day we came back to set. I am in a scene where I just run over Jason Statham’s car, and I must have gone through three boxes of tissues. I am supposed to be in killer mode, but just being in the vehicle that was synonymous with Paul and myself, it was so hard to get through.”

On a lighter note, in his upcoming comic-book actioner “Guardians of the Galaxy,” Diesel plays Groot, a giant tree-like being and probably the strangest superhero in the Marvel Universe.

Groot only says three words in the whole film, “I am Groot,” and Diesel said, “When I thought about the challenge of playing a character that's limited to three words, that became exciting.”

Vin’s kids were also excited. “My little son walks around the house going, ‘I am Groot.’ He's got it down... they love, love, love Groot.”