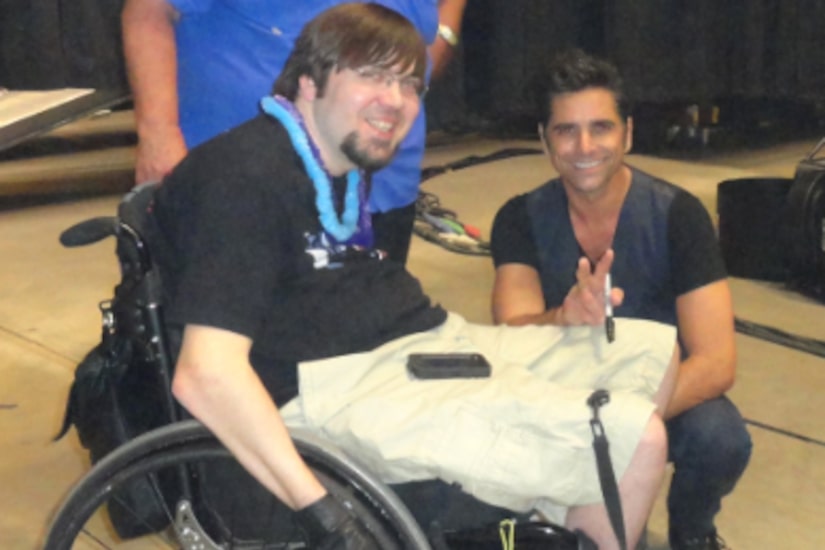 Actor/musician John Stamos gave a Beach Boys fan the surprise of his life.

At a Beach Boys concert last week in Mississippi, a 31-year-old quadriplegic named Gerard Christian caught honorary drummer Stamos' eye when he noticed the young man in the front row singing along to every word.

At age 16, Christian was a promising high-school football star, drawing interest from big universities, but one night he flipped his truck over a bridge after he had been drinking.

Through the healing power of music, Gerald charted a new life for himself, getting a master's degree and counseling young people on how to overcome adversity. He talks about his story on HuffingtonPost.com.

After the show, Christian and Stamos exchanged info, and Stamos was really moved by the young man's story. On “Good Morning America” on Monday, Stamos called him “an inspiration.”

Stamos currently stars in the new movie “My Man Is a Loser,” in theaters this week.