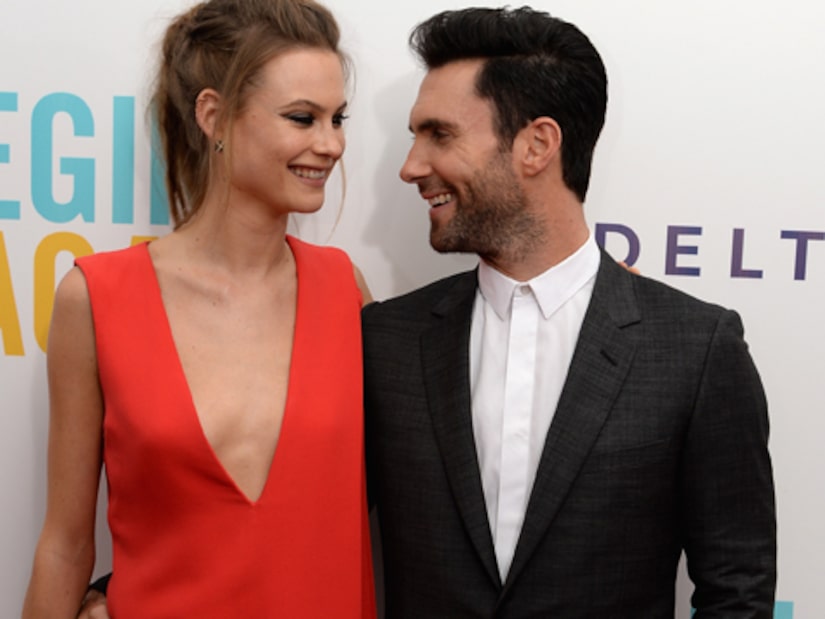 Adam Levine and Behati Prinsloo are officially married! Eonline.com reports that the two tied the knot on Saturday in a wedding ceremony at Flora Farms in Cabo San Lucas, Mexico!

Levine and Prinsloo -- who wore a Marchesa gown -- said "I do" in front of family and friends like Jonah Hill, Jason Segel and Candice Swanepoel.

Stevie Nicks, who will appear as Adam's guest mentor on "The Voice," reportedly performed at the occasion.

It was earlier reported that the nuptials would be a Maroon 5 affair. The group's guitarist, James Valentine, told Australian radio station 2DayFM he would be playing a “nice little melody” of Beatles music as guests arrived to the ceremony. Maroon 5's keyboardist Jesse Carmichael was to serve as best man.

Valentine added, "They're so much fun to be around together. I'm very happy for them."