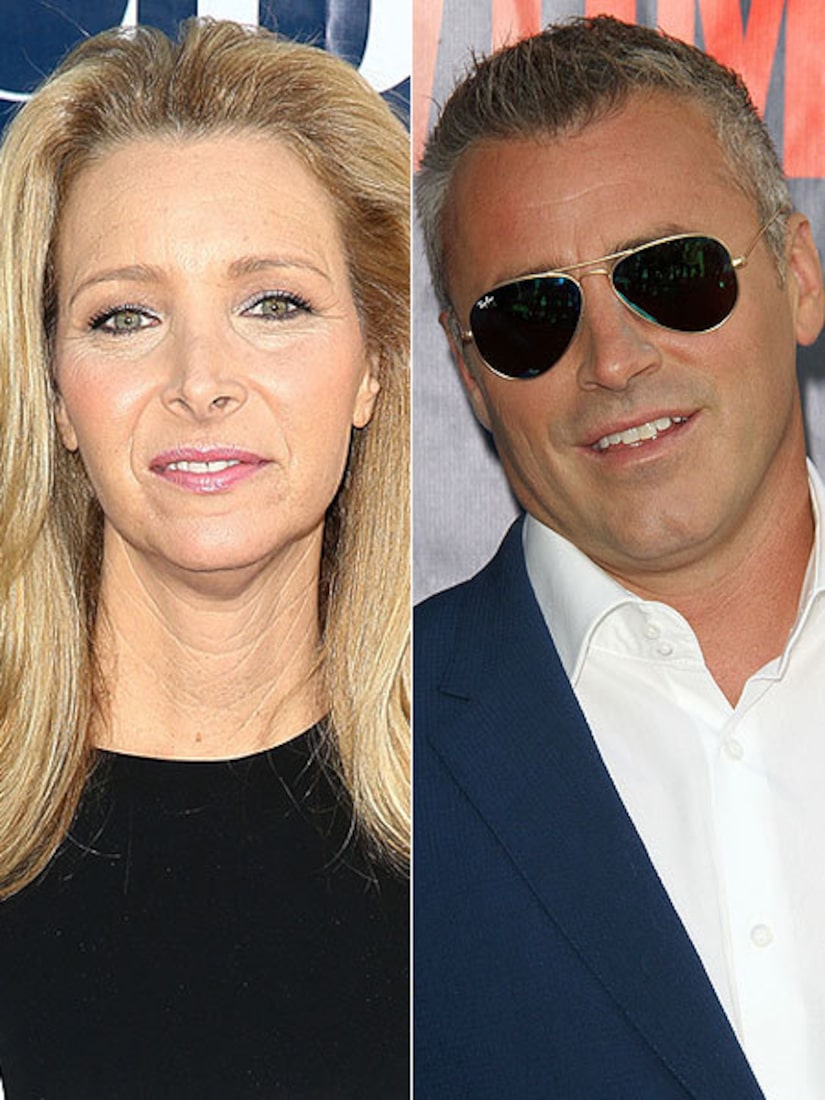 “Extra’s” Renee Bargh was with former “Friends” co-stars Lisa Kudrow and Matt LeBlanc as they ran into each other at the CBS/Showtime TCA event!

Kudrow was there to promote her hilarious Showtime series “Web Therapy,” while LeBlanc was talking about his hit show, “Episodes.”

As for their pal Jennifer Aniston's upcoming nuptials with Justin Theroux, LeBlanc joked, "Oh, is it that happening? I haven't heard. You're not going to get anything out of me!"

Kudrow later quipped, “What if I'm not invited?"

As an added bonus, their “Friends” comrade Matthew Perry was also on the red carpet, promoting his midseason CBS remake of “The Odd Couple.”