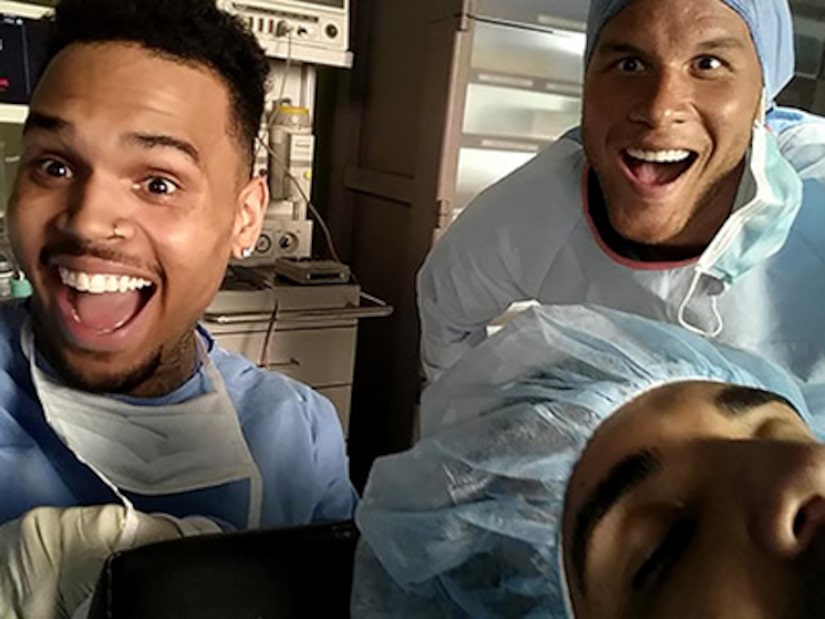 It seems Drake and Chris Brown are leaving the past in the past. Two years after their alleged bar brawl over Rihanna, the rappers have apparently patched things up.

On Wednesday, Drake hosted the 2014 ESPYS at Nokia Theatre L.A. Live and featured Chris in one pre-taped comedy skit.

The sketch began with Drake and L.A. Clippers player Blake Griffin sitting at a conference table discussing a new movie and whether it should be called “Drake and Blake” or “Blake and Drake.” A feud ensues and the stars begin sabotaging each other.

At one point, Drake ends up in surgery. To his surprise, the doctor is actually Blake, and he brought some help… surgeon Chris Brown!

After the skit, the ESPYS returned to the live show where Blake was standing on stage as the new host of the show with self-proclaimed "America's sweetheart" Brown by his side. Drake can be seen on a video screen… bound and gagged!

"Extra's" Renee Bargh and special correspondent Matt Leinart were on the red carpet at the ESPYS, check out their interviews!