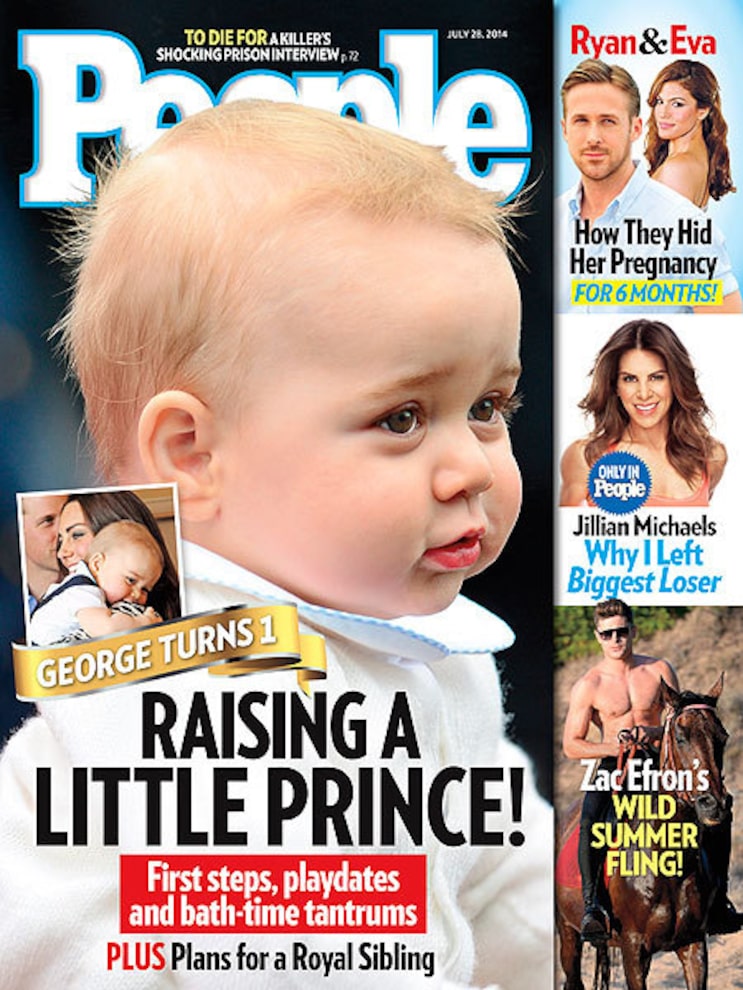 Royal toddler Prince George will be celebrating his 1st birthday next Tuesday with proud parents Prince William and Kate Middleton, amid rumors that the Duchess of Cambridge may be pregnant again.

The week's People cover story features the future heir to the British throne, details of his adventurous first year, from bathtub tantrums, sleepless nights and his exciting first royal tour of New Zealand and Australia.

A palace source told the mag, "As for any new parent, it's exciting and a joy to be a part of. It's a wonderful thing going through your baby's first year."

As for another royal baby, a source close to the royals confirmed they soon plan to give George a sibling, but "they don't say when."

William is preparing to start a long-term job with an air ambulance service close to the couple's country home.