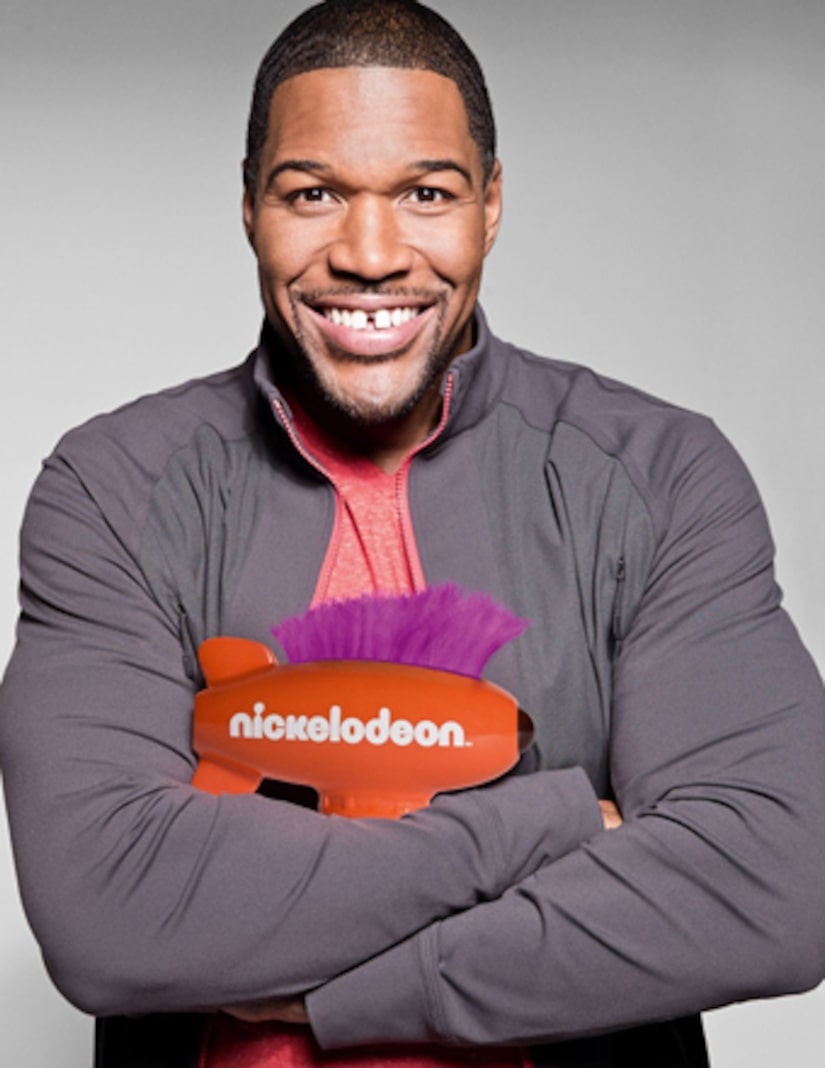 “Extra’s” Charissa Thompson caught up with Michael Strahan as he prepared to host the first Nickelodeon’s Kids' Choice Sports Awards.

Michael became emotional talking about why he decided to be a part of the show.

He explained, “My kids love Nickelodeon, they love watching the show, they wanted me to be a part of it so they could be a part of it… I am just a proud papa to be able to do something like that for my kids, I am so happy. You're about to make me cry… I kind of got choked up there for a minute.”

Strahan’s hosting job is just one of many he's juggling these days. He recently joined “Good Morning America” in addition to hosting “Live with Kelly and Michael,” and covering football for FOX.

He credits those around him for helping him get it all done, “I have a great team of people who I work with... who don’t get the credit I get, but they make it possible for me to be able to do everything… It’s like time management, being responsible. Whenever you play football for 15 years and then you just have to wake up a little earlier and go sit in front of cameras and talk for an hour, that’s not work.”

Michael’s football career is about to get him inducted into the Football Hall of Fame. “I’m nervous because I feel too young first of all, and I’m also intimidated by a lot of the guys that are in there because I have just admired them for so long, but at the same time it’s going to be one of the greatest things in my life, because this is just something that you want your parents to see and be a part of, because I have worked in the past to make my parents proud, and now my kids proud, along with my parents, and it’s paying off.”