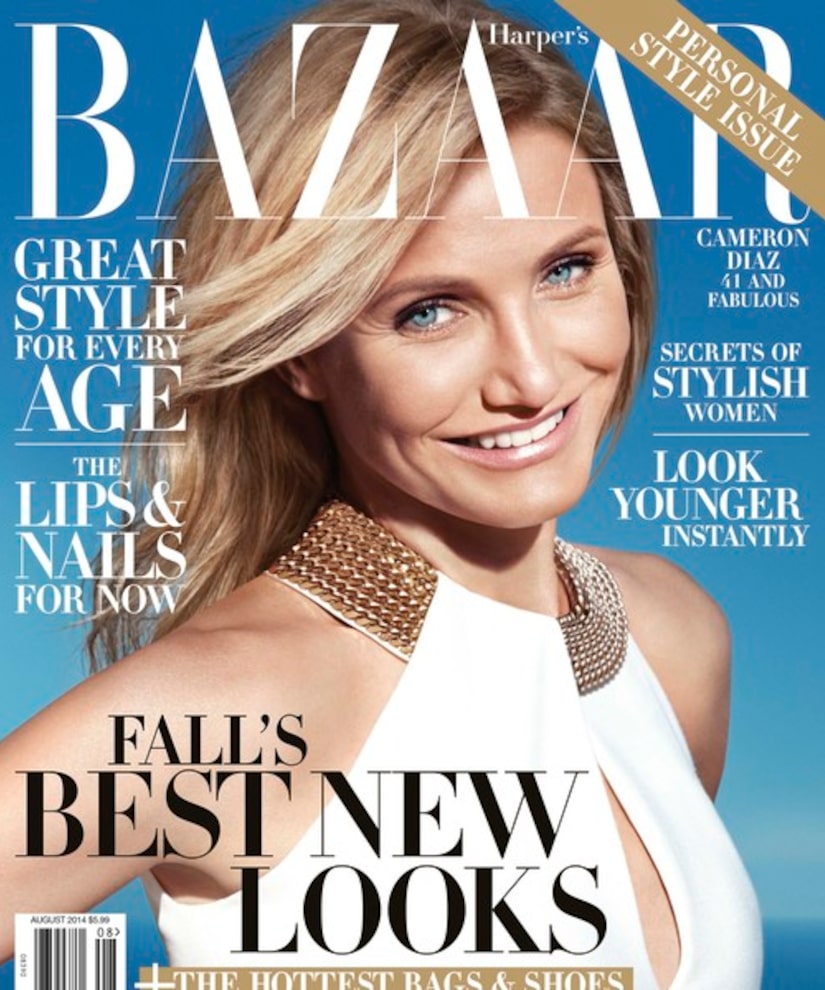 Actress Cameron Diaz illuminates the August cover of Harper's Bazaar, and in the interview, the actress puts the kibosh on some intimate rumors.

After hearing of the rumors that she and BFF Drew Barrymore had an intimate relationship in the past, Diaz told Bazaar, "Literally, I said, 'That makes me want to vomit in my mouth.' That's like saying I am having sex with my sister. Are you crazy? I wouldn't even ménage with her!”
Diaz, 42, continues to grow on her terms and doesn't let the media pressure her regarding having children. “What I said, always, and how I still feel, is that if I wanted to have a child in my life, I would have a child in my life. I don't know what life has ahead of me. I'm open. Anything is possible.”
Uninterested in turning back the clock, the “Sex Tape” star sets the record strait on why younger isn't necessarily better. “I know there are a lot of things you lose when you get older, but there's so much you gain. Why would I want to stay 22 when I can be 62? I think 62 is going to be a lot better than 22. I don't want any of it back. I just want to move forward.”
For more, go to harpersbazaar.com, and read the full interview in the August issue, on newsstands July 22.

Fashion details: Cameron wears an Akris dress on the cover.