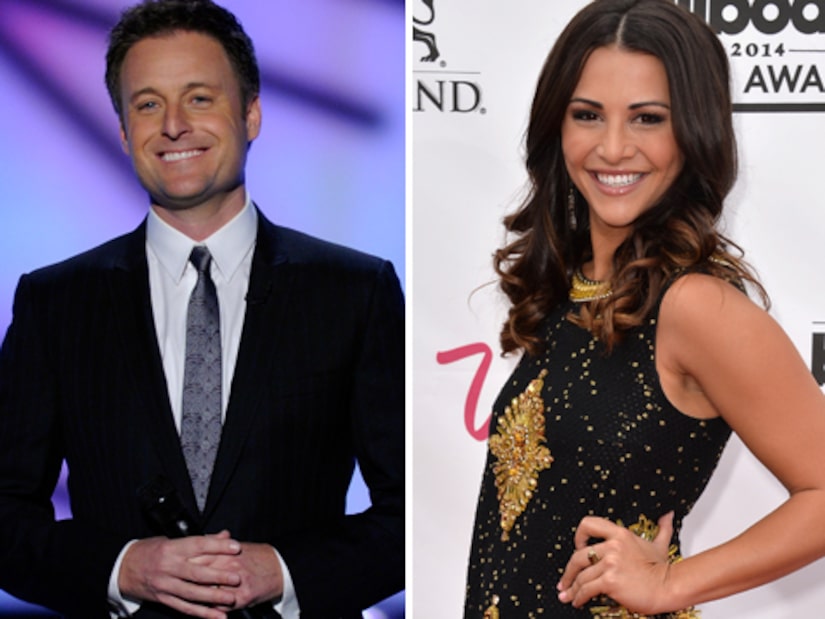 The rumor mill is swirling with news that “Bachelorette” Andi Dorfman is pregnant, but is it true?

“Extra” talked to host Chris Harrison to get his take on the gossip.

Chris told us, “First of all… she still has two boyfriends in Josh and Nick. So I feel like everyone is getting ahead of themselves with the pregnancy and cheating rumors.”

Andi Dorfman Gives Us a Tour of 'The Bachelorette' Mansion

Harrison also weighed in on former “Bachelor” Juan Pablo and his relationship with Nikki Ferrell, saying, “Last I heard they were still together and they were actually doing well.”

He also talked about his newest show, “Bachelor in Paradise,” where former “Bachelor” and “Bachelorette” favorites get a second chance at love.

Chris says fans should be prepared for “the trappings and the train wrecks and the fires” that come along with the territory!