Model Karrueche Tran wasn’t prepared for all the media attention she received when she began dating rapper Chris Brown, especially the haters who sided with Brown’s ex-girlfriend Rihanna. 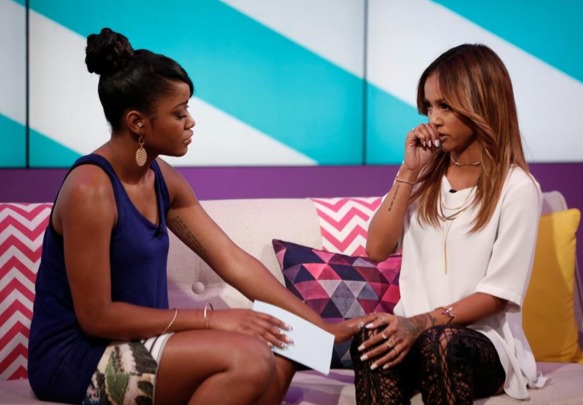 BET
Sitting down with host Keke Palmer on the BET talk show “Just Keke,” Tran revealed, "I've never dated a celebrity before. It was very new to me."


Rumors are Tran and Brown are currently on the outs. The 26-year-old told Palmer the hardest part to their relationship is  "the heartbreak, because it was a real situation.”

Chris Brown was released from jail in late June. He performed at the BET Awards on June 29th. He has a trial date in Sept. on assault charges.

The episode of “Just Keke” airs Wednesday on BET.