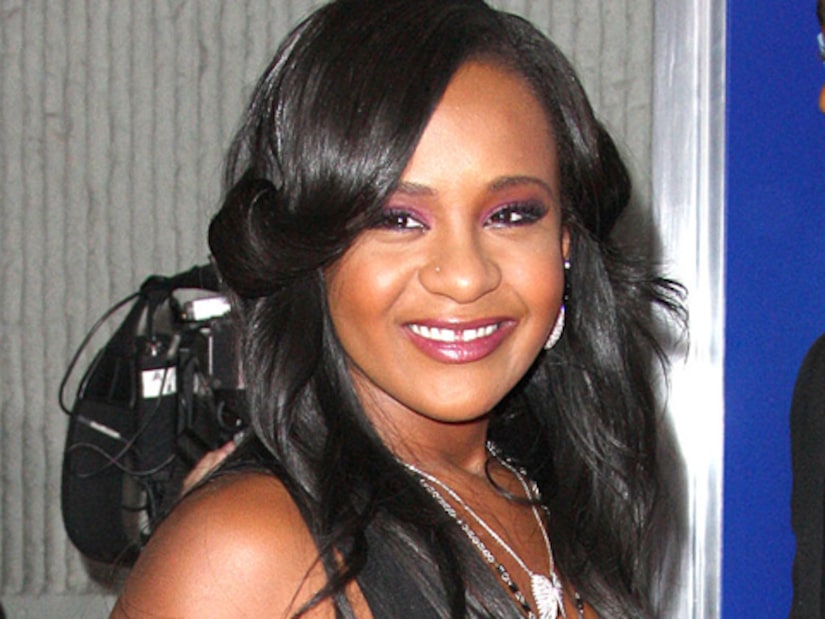 UPDATE: Bobbi Kristina has denied that she posted the pipe photo. She tweeted, "I've never posted any photo of me doing anything! This is someone trying to tarnish and make a horrible name for MYSELf. People are insane."

What is going on with Bobbi Kristina Brown? The only child of Whitney Houston and Bobby Brown reportedly just posted a photo of herself smoking out of a water pipe with a message about drug use, pain and numbness.

According to Radar, she wrote, “This picture may be inappropriate but I want to make a connection with you all… Don't worry this picture isn't recent just hear me out. Do you know what I feel? I feel strange I can't feel any pain anymore. I don't take any drugs as of recently.”

The rambling Instagram message continues with Bobbi noting an unnamed “situation” that led her “to do things and the impact I'll feel is pain… I did and I do. I was hurt.”

She added, “People kinda expect more from me. But I can't. I have lost my sense. It just happened. Then here we go again I'm in the same pain. I'm hurt. I'm trying to. I really do. But I know that I'm hurt and in pain but I can feel it but I don't know what it is.

“What do I really do? God, Help me ignore and rebuke what these demons are saying, in Jesus Name. Amen.”

Bobbi, 21, recently reunited with her dad over Father's Day. Her mother passed away in February 2012.