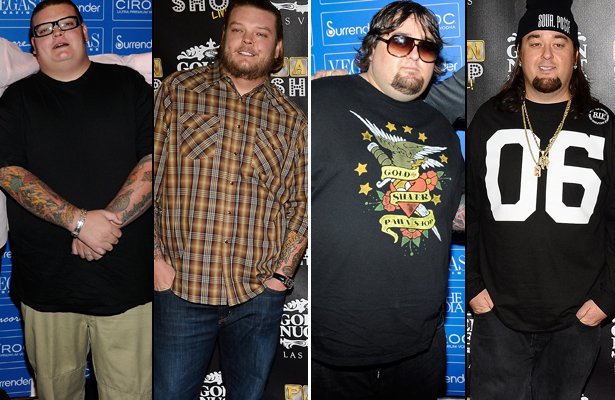 He started the weight loss journey at 402 pounds in 2010, undergoing lap band surgery to help lose the unwanted pounds.

Now he weighs 210, after dropping 192 pounds. He told People, "I could never go back to weighing as much as I did. It made me realize what I ate, how I ate and what I did to myself. It was a 'wow' moment."

Corey Harrison Lucky to be Alive After Accident

Harrison’s success has inspired co-star Austin “Chumlee” Russell to get healthy and lose a whopping 95 pounds.

"I started at 320 pounds, and now I'm down to 225. When I first began, I eliminated all processed foods except mustard," he said.

He added, “I’m going to the gym six days a week. I’m eating right. Well-balanced diet. I drink a juice smoothie every morning.”

Mansions & Millionaires: How to Rent a Celebrity Vacation Home

Jane Fonda on Staying Young: 'It's About Attitude'