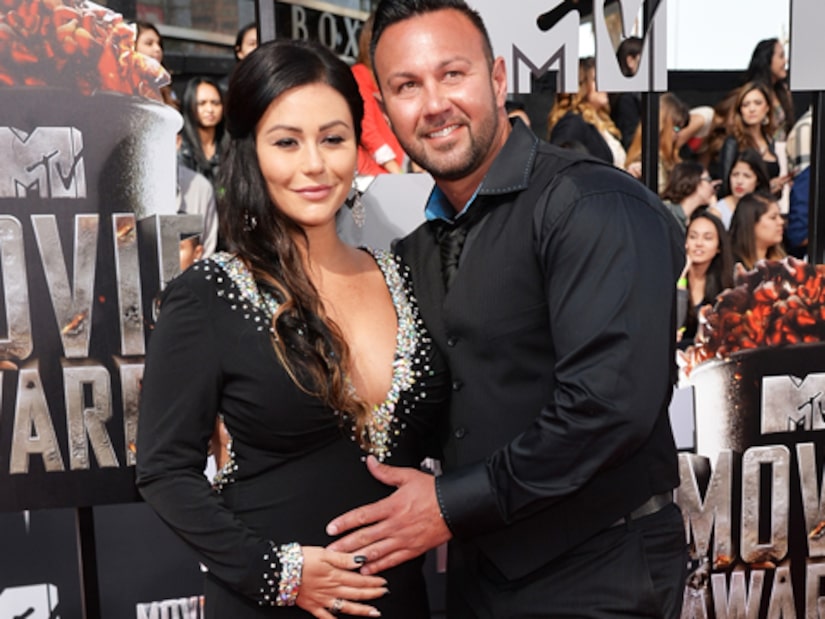 Roger announced the news on Twitter, telling fans, "She is here! Meilani Alexandra Mathews 7lbs 13 ounces. Words can't describe what looking into your child's eyes can do to you. Im [sic] Humbled."

He followed up the message with another sweet tweet, "She makes cooing noises while she sleeps. Amazing how a simple little noise can make you want to make the world a better place for her 2 live"

It seems the new parents are expecting their little one to be a true Jersey girl. JWoww's rep told "Today," “Meilani is already looking to trade her baby bottle for barbells."

Farley, who had a baby shower in May, was in for a surprise on Monday. Snooki, who is expecting her second child, reportedly threw another mini “Jersey Shore” shower/reunion for Jenni on Monday.