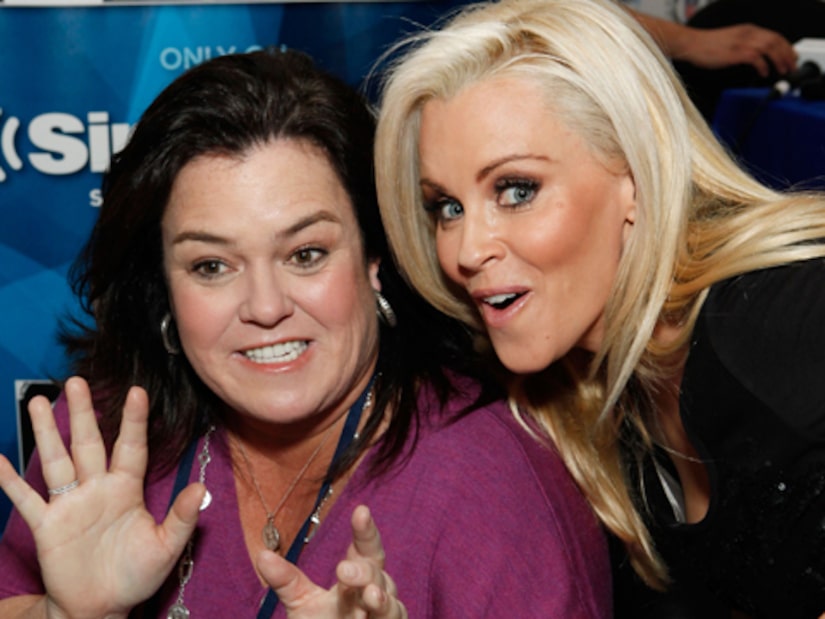 UPDATE: Jenny McCarthy has a new job! After leaving "The View" earlier this month, she has landed her own show on SiriusXMStars. The show, "Dirty, Sexy, Funny with Jenny McCarthy," will begin a limited run on Wednesday at 6 PM ET. She said in a statement, "It's no secret that I love to talk. I'm excited to do it on SiriusXM without having to interrupt anyone or keep things clean. You can bet your sweet ass this show will live up to its title."

“The View” drama continues to unfold! Jenny McCarthy is the latest former co-host to weigh in on Rosie O’Donnell’s return to the chat show.

Jenny, who along with Sherri Shepherd was axed from the show earlier this month, told Us Weekly, "I love Rosie. I have been a fan of hers forever. I knew they were looking to bring some heat to the table, and there is no doubt that with Rosie there will be some heat. They are definitely going in the direction of fire."

"It's going to be some exciting television," she continued. "I will be there with my beer and popcorn at eleven in the morning. I can't wait to see how it plays out."

"Extra" also has video of Jenny McCarthy partying and making it rain as she hosted the after party for her comedy show, "Dirty, Sexy, Funny," at E11even in Miami.

Jenny also revealed that she plans to wed fiancé Donnie Wahlberg within 60 days.

Rosie replaced Meredith Vieira in 2006, but after tension on the set (mostly with Elisabeth Hasselbeck), Rosie decided to leave. She exited the show in May 2007.

Since ABC announced her return, Hasselbeck has publicly slammed Rosie, telling “FOX & Friends” last week that O’Donnell "spit on the face of military" and "spit in the face of her own network."

A few days later, Elisabeth assured fans via Instagram that she doesn’t hate Rosie. She was simply providing her "analysis" of the show's decision to bring her back.