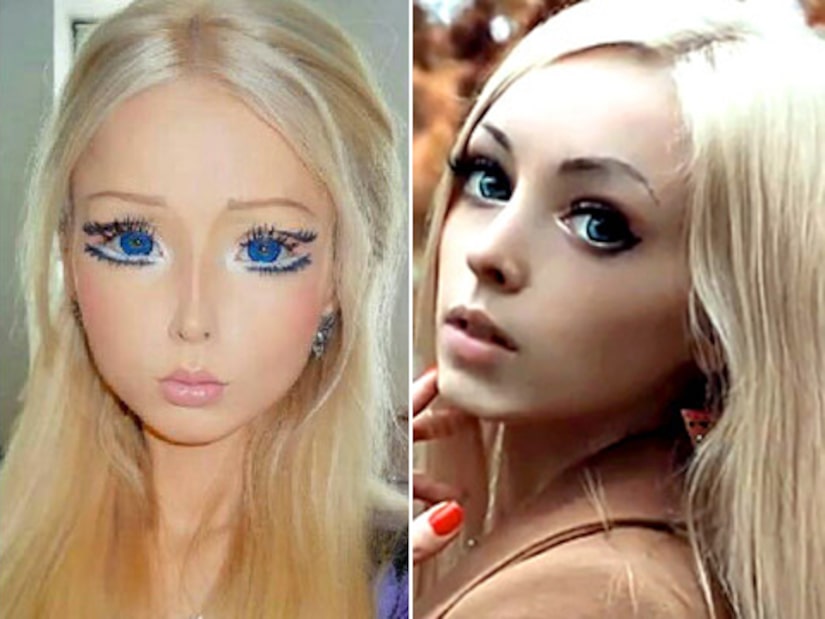 Watch out Human Barbie, you've got some competition!

Valerie Lukyanova made headlines a few months ago for her doll-like features, and now a woman named Alina Koyalevskaya is in the spotlight for the same reason.

They are from the same town in Ukraine (yes, you read that right), but don't assume these two are Barbie BFFs. Alina says they used to be friends, but now they are rivals.

Watch this video of Alina!

"I have had certain misunderstandings with her after which we ceased to communicate," Kovalevskaya explained. "I realized she is not a person with whom I would like to talk to or even be friends."

Yikes! Well, she's not the only one. Valerie came under fire after she called people of mixed races a "degeneration" of beauty.

Watch this video of Valerie!

As far as their beauty regimen is concerned, they have slightly different methods. Valerie reportedly uses contacts, stage makeup and hair extensions, while Alina relies primarily on contacts and some makeup.

It's a different story for Human Ken, who relied on plastic surgery for his extreme look, and has appeared on the show “Botched.”