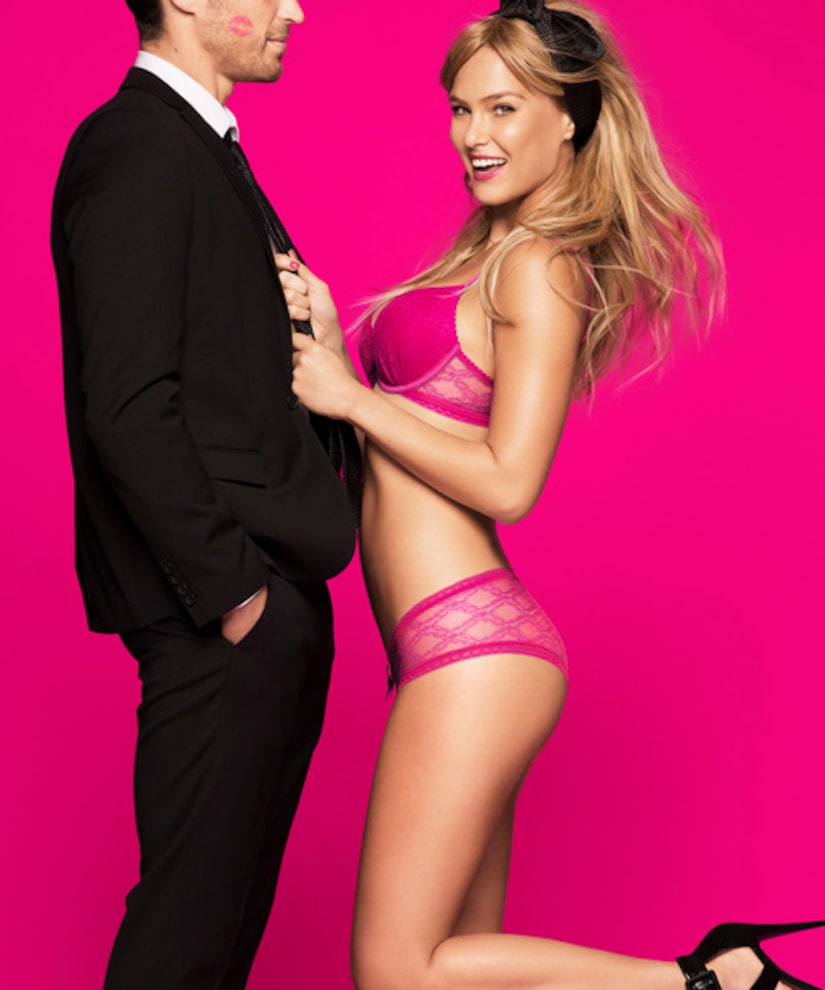 Refaeli's "Let's Play" themed photoshoot has her, er, bouncing back from a recent breakup with businessman Adi Ezra.
Daily Mail reports the two went their separate ways in early June on Bar's 29th birthday, after a fight over Rolling Stones frontman Sir Mick Jagger getting too close to the supermodel on the dance floor.
The tantalizing photos show Bar's playful side, as she teases a suited male model in a series of fun and sexy images.